Sony is now taking applications from folks who want to try out the company’s prototype for a wearable, voice-controlled device that lets you interact with your smartphone without touching it.

First unveiled in March, Sony’s Future LabProgram  N concept prototype us a band that you wear around your neck with a microphone and speakers built-in (and optional bone-conducting earphones).

Sony plans to run an early adopter program in the San Francisco area through August, 2017 and the company is asking people interested in testing the hardware and software to apply now. 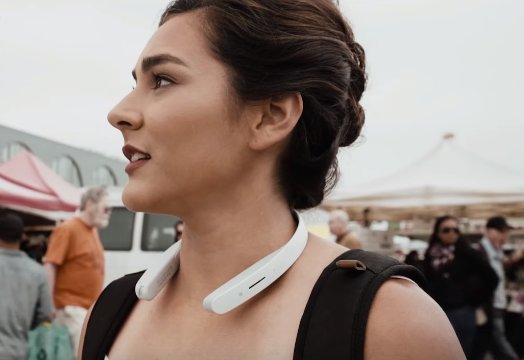 Note that if you’re selected to join the program, you’ll have to pay a non-refundable $100 for the hardware. That’s a lot cheaper than the $1,500 Google charged members of the Google Glass Explorer program though.

Participants will also need to attend events in San Francisco, provide feedback through surveys, focus groups, and phone calls, and agree to use the Future Lab Program N while performing a variety of daily activities including walking, biking, or working.

The Project N neckband includes a “virtualphone” speaker system that allows you to hear audio without covering your ears, and without projecting the sound loudly enough to disturb others too much.

What I find particularly odd about Program N is that it seems awfully similar to a real, non-prototype device that Sony just launched: the Sony Xperia Ear.

Both products are wearable devices that pair with your smartphone and let you get answers to questions, get directions, control media playback, and perform other actions using just your voice.

But there may be some differences in the hardware and software capabilities. Sony’s Future Lab website also suggests that Program N may be able to do more than the Xperia Ear, including providing information about restaurants from Yelp, tracking activities through Strava, and providing social media updates or reading the news headlines to you.

Since the device also has an accelerometer and can receive GPS data from your phone, it can also tell if you’re walking, biking, or performing other activities, and provide appropriate responses depending on your actions.

I suspect another big difference will be in how and when you wear the devices. It’s easier to imagine wearing a neckband all day than a Bluetooth earbud.