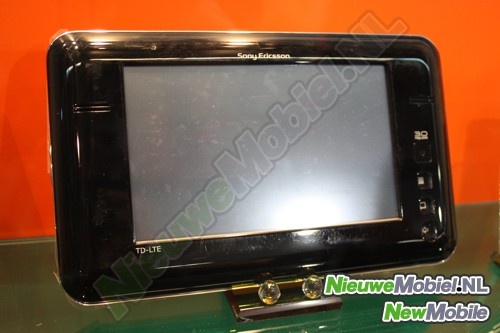 Sony Ericcson is reportedly working on an Android powered tablet, which isn’t surprising since pretty much every company on the face of the earth is working on one. While the company didn’t officially introduce a tablet a Mobiel World Congress this week, NieuweMobiel spotted a tablet at the show which may be an early prototype.

The tablet will apparently run some version of Google Android and it bears the TD-LTE branding which is the 4G network used by China Mobile. The tablet appears to have a 7 inch display and a front-facing 3MP camera, and that’s about all we know about it so far.

It’s likely that the tablet is just an early prototype — and it’s not even clear at this point if it’s actually from Sony Ericsson or if someone else just slapped their name on it. What is clear is that the screen looks kind of tiny when surrounded by that much plastic.