Sony is launching a new effort to bring PlayStation content to smartphones and other smart devices.

The Japanese company has announced the creation of a new organization called ForwardWorks that will “leverage the intellectual property of the numerous PlayStation dedicated software titles and its gaming characters” to develop content and services for smart device users in Japan and Asia. 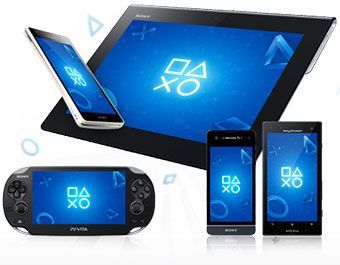 That all sounds a bit vague… it’s not clear if this means we can expect to see actual PlayStation games turned into smartphone games anytime soon, or if the company is planning to develop new games using some of its existing intellectual property.

But it’s not like we haven’t already seen some PlayStation titles ported to mobile operating systems. Final Fantasy IX is available for Android and iOS, for example. And this actually isn’t the first time Sony has focused on bringing PlayStation content to mobile devices.

For a few years, Sony offered a mobile app called PlayStation mobile, which allowed you to download and run some PlayStation games on a handful of mobile devices. But the company ended support for PlayStation Mobile on Android in 2014, and ended the program altogether about a year later.

Maybe things will be different this time around?