So you’ve mastered the mysteries of the QWERTY keyboard and can type at around 100 words per minute. But what if you want to try out that Dvorak keyboard layout that some folks prefer, want to type in a different language with characters that are’t available in English and a different distribution of letters, or use software that requires you to memorize a bunch of special key combinations?

You could buy an Optimus Popularis keyboard which lets you customize the layout of the keyboard… but those sell for more than $1400. Soon there may be a much more affordable options.

The Sonder keyboard is a 78 key customizable keyboard which could sell for as little as $199. 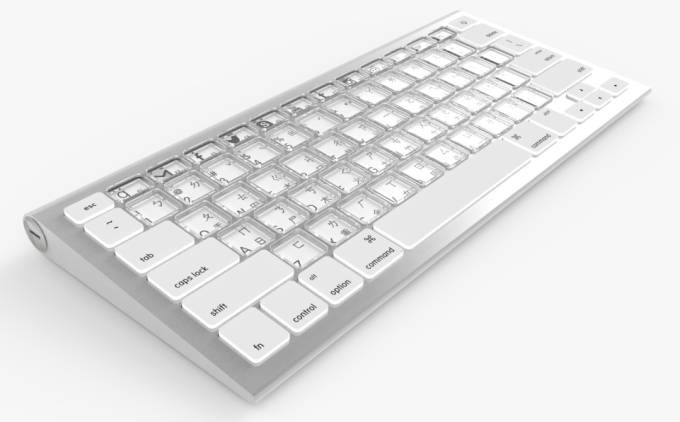 At first glance, the Sonder keyboard looks like a normal keyboard… but most of the keys are actually made of a transparent material which lets you view the  text or graphics displayed on the E Ink screen under the keys. (There’s a single E Ink surface below all of the keys, rather than a series of smaller, individual displays).

Rather than viewing A,S,D,F, and G you can alter the E Ink labels to display shortcuts for apps including Photoshop, Illustrator, or video games. You can also use it to show Chinese, Japanese, or Cyrillic characters or you can create programmable macros to perform a series of of actions that can be triggered with a key press.

Since E Ink displays require no power to display an image and only use electricity when you change or refresh the image, the Sonder keyboard shouldn’t use much more energy than a traditional desktop keyboard. The developers do include a fiber optic front-lighting system though, which lets you see the keyboard even when you’re working in the dark (which could come in handy for gaming, video editing, or some other activities where you might find yourself sitting in front of a PC in a dimly lit room).

The Sonder keyboard isn’t available for purchase yet, but according to the company’s website you can pre-order one for $199. It’s expected to have an eventual retail price of $299.

Meanwhile, the developers tell the folks at Cult of Mac that there are plans to run a Kickstarter campaign to raise money for the project later this years, so it’s not entirely clear whether Sonder Design has the funds to actually mass produce the keyboard yet. You might want to wait until more details are available before placing a pre-order.

12 replies on “Sonder keyboard: A customizable keyboard with E Ink keys, could eventually sell for $199”