Those prices are a bit high in the Android tablet world, but Sony’s tablets have a few features which help set them apart from the crowd. 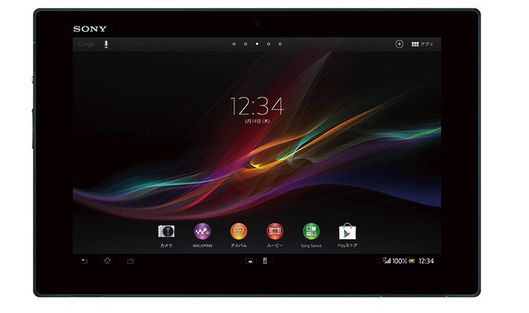 And third, Sony is chasing the mostly symbolic title of “thinnest 10.1 inch tablet in the world.” Because let’s face it, how important is it to you have a tablet is 0.3 inches thick versus 0.27 inches thick?

That said, Sony’s new tablet really is one of the thinnest you’re likely to find, measuring 6.9mm, or about 0.27 inches thick. It weighs 495 grams, or about 1.1 pounds.

Under the hood it has a 1.5 GHz Qualcomm Snapdragon S4 quad-core processor and 2GB of RAM, WiFi, NFC, and an 8MP rear camera and 2MP front-facing camera.

The tablet also has an IR port and can be used as a universal remote control for your TV and other electronics.

Sony plans to launch the tablet with Android 4.1 Jelly Bean, but promises to offer an Android 4.2 upgrade in the future.