NVIDIA hasn’t officially announced it yet, but the company is updating its Shield TV line of Android TV devices. We already knew that thanks to a couple of leaked product listings that showed up online last week for a $200 NVIDIA Shield TV Pro and a someones$150 Shield TV with a brand new design.

Those web pages have been taken down… but someone at a Best Buy store apparently didn’t get the memo that these things haven’t been launched yet, because an AVSForum member walked into a Best Buy, spotted the new models in a basket, purchased an NVIDIA Shield TV Pro, and took it home. 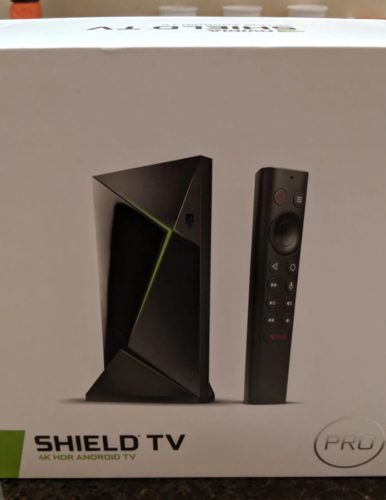 The new model is pretty much exactly what we’d been expecting. Like earlier NVIDIA Shield TV it’s a box that you can use to stream online media using Google’s Android TV user interface, but it also supports NVIDIA-exclusive games and NVIDIA’s GeForce game streaming technology, among other things.

What makes the new model different is that it has an NVIDIA Tegra X1+ processor that the company says brings a 25-percent performance boost over the Tegra X1 chip used for earlier models.

The new Shield TV Pro also supports Bluetooth 5.0 and Dolby Vision HDR. And there seems to be a new “AI enhanced” video upscaling mode that NVIDIA says will offer a better experience when watching non-4K content on a 4K display. 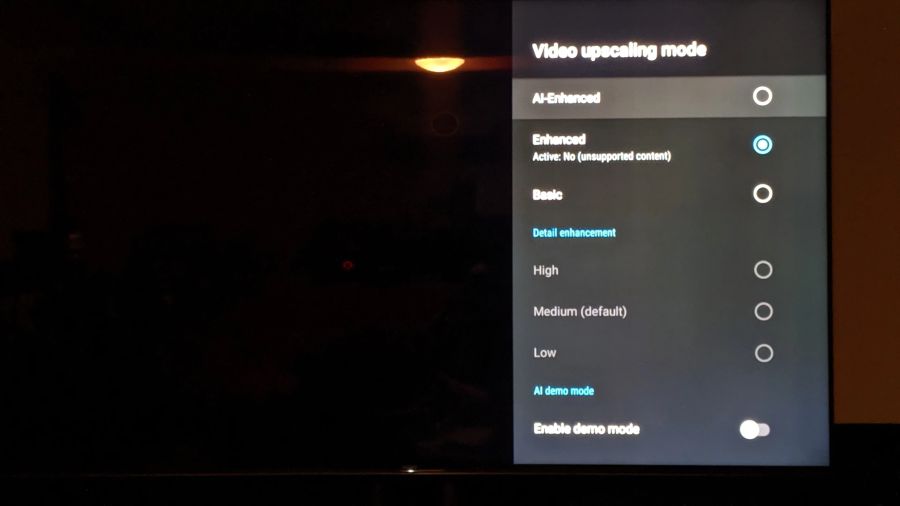 The new entry-level Shield TV has the same basic hardware, but a more compact, cylindrical design, fewer ports, and half the storage (just 8GB instead of 16GB).

While it’s unclear when these things are supposed to go on sale, the fact that Best Buy stores are apparently getting some in stock seems to be an indication that a launch is imminent.

For now, it seems like someone just threw some items that were supposed to stay in the back room in a basket of items to be put on store shelves — and accidentally sold at least one to a customer a little early.

Update 2: Android Police reports that Best Buy isn’t supposed to put the new Shipped TV products on the shelf until Oct 27th or 28th, and that the SKU for the Shield TV Pro is 6370425, while the new smaller Shield TV is 6370422. Theoretically you might be able to get a Best Buy employee to grab one and sell it to you with that information.

Meanwhile the NVIDIA Shield team have hinted that something will be announced on October 28th. I wonder what it could be!

Update 3: It looks like the early sightings (and purchases) keep piling up:

First @BestBuy told me they didn’t have them till next week. Second one, few miles down the road, were already putting them on the shelves. Hey @NVIDIASHIELD , when are you actually going to announce these things. #worstkeptsecret pic.twitter.com/PMtJYLlF8z