Google’s Project Tango technology adds 3D depth and motion tracking technology to Android phones and tablets. That might not sound quite as sexy as say, the Project Ara modular smartphone effort the company’s also undertaking. But Project Tango is a bit closer to launch: Google has been selling developer kit tablets for a while, and now the company has announced the winners of an app contest, highlighting some of the best apps and games that people have created for Project Tango so far.

This gives us a good look at the type of applications we might expect to see when Tango technology finds its way into consumer devices. 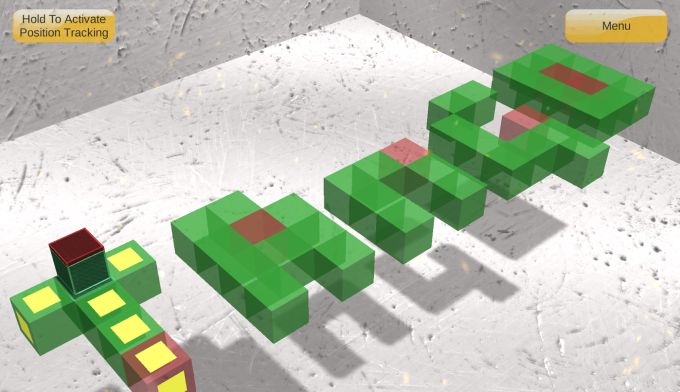 The winner is an app called We R Cubed Tango which uses motion tracking to help you navigate a series of 3D puzzles.

But other apps include a game that has you navigate a virtual mansion as a ghost in order to lay yourself to rest, a 2-player game that lets you battle for virtual territory while walking through real-world spaces, and a 3D modeling app that lets you create 3D maps of real-world environments, complete with precise measurements.

Right now this still seems like niche stuff… but if depth-sensing, motion-tracking hardware becomes as common as fingerprint sensors and other relatively recent smartphone features, we can probably expect to see developed take advantage of the technology in new and interesting ways in the future.

Meanwhile, if you just want to get your hands on a Project Tango prototype, Google says it’ll be selling the 7 inch tablet prototype for half price soon. That means you’ll be able to pick one up for $256, which isn’t a bad p[rice for an Android tablet with a full HD display, an NVIDIA Tegra K1 processor, 128GB of storage, NFC, 4G LTE, and a series of special cameras and sensors.

Details about the limited-time sale will be posted soon at the Project Tango community on Google+.

2 replies on “Some of the best (and first) Project Tango games (Google’s 3D sensor system for phones, tablets)”