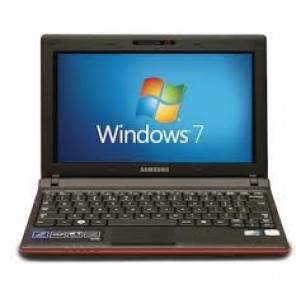 Pixel Qi is a company that makes dual-mode LCD displays. When used with a backlight, the displays are full color screens that look a lot like any other LCD found in a laptop, tablet, or digital photo frame. What makes these screens different though is that you can turn off the backlight and use them with ambient lighting including room lights or even direct sunlight. In this mode the displays look more like black and white screens, but they use significantly less power, which can lead to longer battery life.

The problem is that Pixel Qi screens are still rather expensive because the company doesn’t make that many screens and the small companies that have produced products that use them haven’t placed very large orders. That’s why the first netbook I’ve seen that comes with a Pixel Qi display costs $795, and it’s likely why the Sol netbook costs almost as much.

Sol is selling the netbook with 2GB of RAM, which I’m pretty sure violates the licensing terms for Windows 7 Starter (you can upgrade the RAM yourself, but typically PC sellers can’t install more than 1GB). It looks like Sol is simply taking an off-the-shelf netbook, refitting it with a Pixel Qi display, upgrading the RAM, and selling the finished product to consumers. In fact, you can pretty clearly see the Samsung logo in the company’s photos of the mini-laptop. 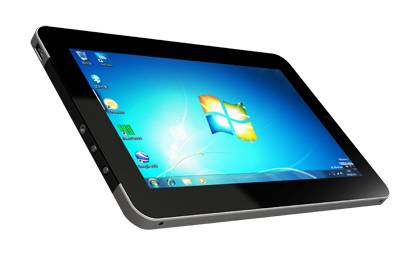 The tablet is even more expensive, starting at $1099. This device also features a 1.66 GHz Intel Atom N455 processor and Windows 7 operating system. It has 1GB of RAM, between 8GB and 32GB of storage thanks to a solid state disk, and a 10.1 inch display. The tablet has a G-sensor for detecting screen orientation changes and weighs about 2 pounds with a 3 cell, 3100mAh battery.