SoftMaker is best known for making full-featured yet lightweight office apps for Windows Mobile devices. Now that iOS and Android dominate the mobile space, the company is branching out. Last year the company started testing their mobile office suite for Android. It’s been in private then public beta for almost a year, and this week the second release candidate is out. 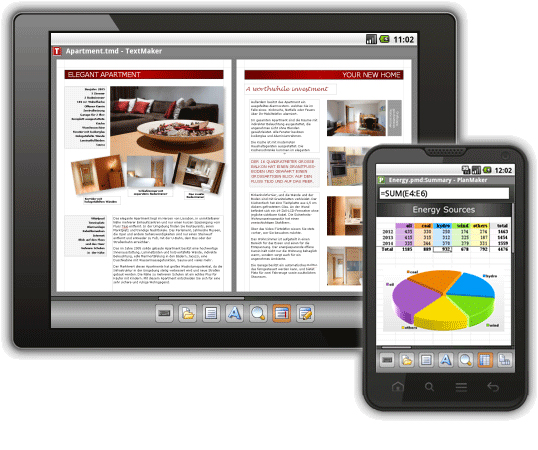 In a newsletter to the beta group, SoftMaker said that RC2 would expire at the end of August when the final version goes on sale. They’re keeping mum on price, so one can only hope that it’s less than the $80 they’re charging for the Windows Mobile version.

Office Mobile for Android consists of three apps: TextMaker (word processor), PlanMaker (spreadsheet), and SoftMaker Presentations. Each is meant to be fully compatible with their respective Microsoft Office counterparts. Not only will the apps be able to open Word, Excel and PowerPoint files, users will have access to advanced editing features.

TextMaker will be of particular interest since it works with Word’s Track Changes function. Users can view and navigate between changes and accept or reject them. Plus, users can view or add new comments to a document.

This is something no other mobile office suite for Android or iOS can do right now. Documents To Go comes closest as it allows users to view changes, but that’s it. CloudOn gives users mobile access to Office, but only works if you’re connected.

In my limited testing of the Presentations app I haven’t noted any problem rendering slides or keeping formatting intact. PlanMaker does charts better than most mobile office suites. 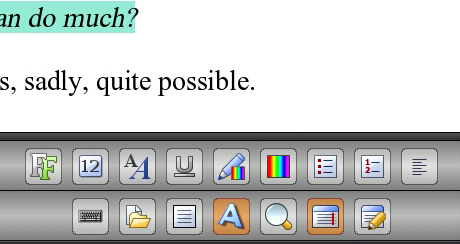 In all three of the apps SoftMaker has done a good job of creating an uncluttered workspace while not burying the toolbar and needed functions too far down. Performance-wise, the apps haven’t bogged down any of the phones or tablets I’ve tried, even ones with single-core CPUs.

You can still download the free beta for now and try the apps out for yourself. Keep your fingers crossed for a price comparable to other office apps.