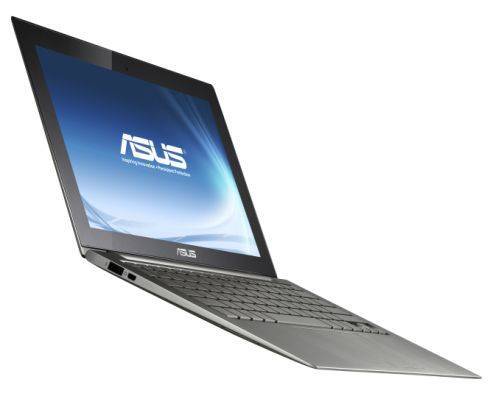 Ultraportable laptops are nothing new. The Toshiba Libretto, for instance, packed a full PC into a tiny case with a 6.1 inch display way back in 1996. but up until recently if you wanted an ultraportable notebook you had to pay an ultra-expensive price. Miniaturization doesn’t come cheap.

Netbooks changed that, driving down the cost of highly portable laptop computers by using cheap components that offered a just-barely-good-enough computing experience and bucking the conventional wisdom that every new generation of computer should offer better performance than the last.

But netbooks have become so ubiquitous (and so cheap) that chip-makers and computer makers are looking for ways to re-invigorate the market for higher-priced devices with higher profit margins. This summer Intel announced a new “ultrabook” platform for thin and light computers with prices under $1000. While these machines are far more pricey than netbooks, they also offer much better performance thanks to larger, higher resolution displays, solid state storage and faster processors.

There’s just one catch — computer makers might not be able to meet Intel’s sub-$1000 price requirement. The Asus UX21 is expected to be one of the first ultrabooks to hit the streets with a solid state disk and Intel’s latest chips. But according to Taipei Times, the price could actually range from $1000 to $2000 because those processors and solid state disks are expensive.

In other words, there may be little to distinguish ultrabooks from the ultraportables of yesteryear. While you can pick up a pretty decent modern laptop for $500 to $800, starting soon you may have to make a choice if you want to get a notebook that weighs less than 3 pounds: Pay a hefty premium for an ultrabook or choose an inexpensive netbook which offers inferior performance.

If you view ultraportables as secondary laptops, I think the choice is going to be obvious: pick up a netbook for $300 if you’re just looking for something to use on the go. They’re pretty good for web browsing, composing documents, watch videos, or performing basic functions that don’t require a super-fast processor or high definition display — and some are available with HD displays for a few extra bucks. But if you’re looking to replace your desktop-class computer and you’ve got some money burning a hole in your pocket, I suppose a $1200 ultrabook might be a worthwhile investment… it just may not be as cheap as Intel had initially promised.

But this is all based on second-hand information from one computer maker. HP, Dell, Lenovo, and Acer are all expected to launch ultrabooks later this year as well. Maybe they’ll be on board with Intel’s plans to keep prices below a thousand bucks and boost sales in the next year.

8 replies on “So much for affordable ultrabooks: Asus says prices could top $1000”