Amazon’s X-Ray for movies and TV shows lets you get extra information about a video while you’re watching. Want to know who the actors are in a TV show? You can look it up and get data from IMDB and then find out what other shows or movies those people have appeared in.

The service has been available for Amazon’s Fire tablets for a while… and now it’s also available on the Amazon Fire TV and Fire TV Stick. 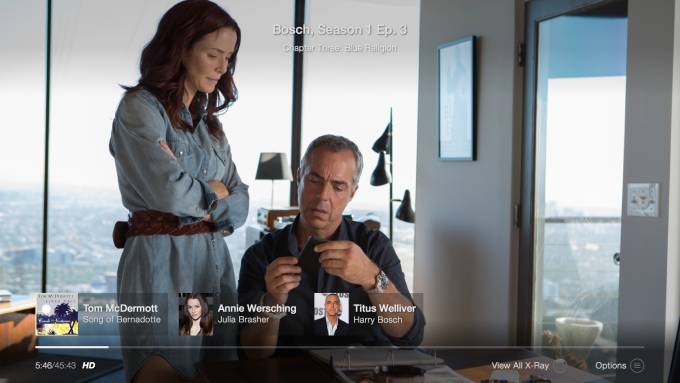 That means you can hit the up button on your remote control while watching a movie to find information about actors, characters, and other trivia related to the video you’re watching.

This is similar to the way Amazon/IMDB’s X-Ray works on Fire tablets when you’re watching a supported video on those tablets. But if you’d rather not have the information cover up the video you’re watching on your TV, you might still want to pull out your tablet to use as a “second screen.” 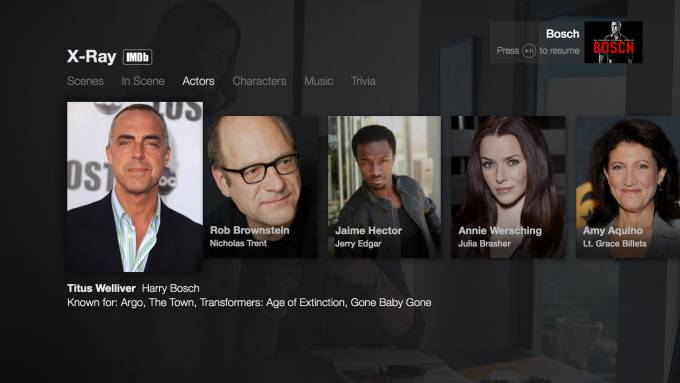 Amazon’s Second Screen feature lets you find a video using your Fire Phone or Fire tablet, tap a button to send it to your TV (using a Fire TV, Sony PlayStation 3 or later, or Samsung Smart TV), while using your mobile device as a remote control. Then when you want to look up character or actor info you can have it display on your Fire phone or tablet instead of the TV.