Indian startup Ringing Bells recently announced plans to launch a smartphone that would sell for less than $4. Not surprisingly, the company got a lot of attention for that.

Also not surprisingly, a lot of people questioned whether this was possible… or if Ringing Bells was running some sort of scam. The fact that the early demo units of the Freedom 251 smartphone that the company showed off were clearly a competitor’s phone with a sticker placed over the logo didn’t help things.

But I still kind of figured that maybe it was possible… after all, we’d seen cheap electronics launched for the Indian market before, and India’s Defense Minister was on-hand at the launch event… so I figured maybe the government was helping subsidize the price.

Now it looks increasingly likely that the Ringing Bells Freedom 251 will never see the light of day.

Update: Surprisingly the phone is starting to ship. Unsurprisingly, only a small number will be available at launch and the Freedom 251 costs more than $4 to produce and Ringing Bells is seeking a government subsidy to help cover costs. 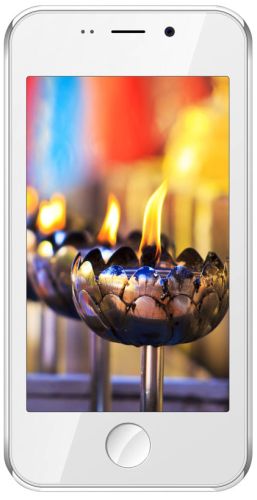 The Ringing Bells website is no longer taking orders for the phone and makes no promise of a delivery date for customers that have already placed orders.

Some have been concerned since day one that Ringing Bells was running a Ponzi scheme, and after receiving numerous complaints, the government has been investigating the company.

Ringing Bells has said that the reason it showed a rival’s phone was because theirs was still in development, but that it would have similar specs. But if that’s true, we’d be talking about a phone that sells for less than the price of a $5 Raspberry Pi Zero… but which has a screen, a battery, a camera, built-in storage, and other features which should make it substantially more expensive.

Many have also pointed out that it’s hard to believe the company could deliver a usable smartphone for $4.

There are smartphones that sell for under $40. But there’s a big difference between an actual $40 phone and a hypothetical $4 one.