As expected, Snap is updating its wearable camera. The new Snap Spectacles are now available for $150 and the company has updated the design, making the new version slimmer and lighter.

Snap’s new Spectacles are also waterproof and feature support for snapping still photos. The original Snap Spectacles only supported video (you can still shoot short videos with the new version).

Snap has also added dual microphones for improved audio recording and the company says the new Spectacles offer better WiFi performance. But all of those improvements come at a cost: the new Snap Spectacles are $20 more expensive than the original. 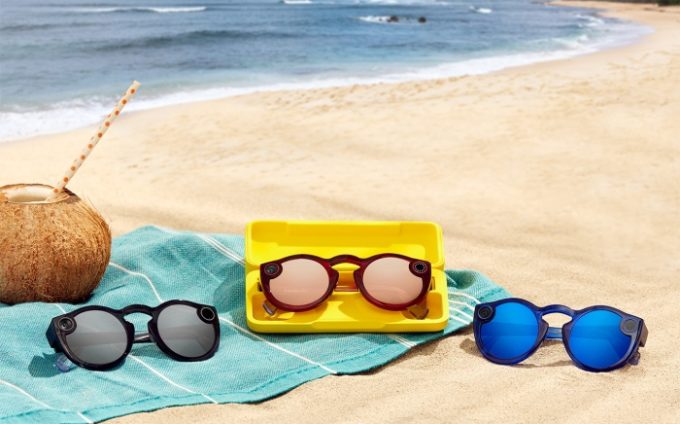 Keep in mind, the company seems to have vastly overestimated demand for its first-generation eyewear. In late 2017 it was reported that Snap may have had several hundred thousand unsold first-gen Spectacles lying around. That eventually led the company to take a $40 million write-down due to unsold inventory.

Will the updated hardware be enough to convince people to buy a wearable camera? That’s unclear… but I’d be surprised if Snap didn’t learn something from its first attempt and produce a smaller quantity this time around.

Meanwhile, the company is clearly betting big on the interaction between hardware and software. This week Snap rolled out a new set of augmented reality gaming experiences for its mobile apps. Snappables let you play games on your phone by raising your eyebrows, moving your head, or changing your facial expression. The new Lenses for the Snapchat app build on the technology already used to let you put on funny virtual hats, glasses, or other effects.

While other companies are working on wearable augmented reality and virtual reality devices, Snap is taking a more incremental approach with devices like Spectacles, which allow you to take pictures and videos and share them via the Snapchat app on your phone. But if the company manages to build a user base for its simple and (relatively) inexpensive wearables, that could give the company a leg up if and when it’s ready to launch a true wearable augmented reality device.

via Snap, TIME, and The Verge