First announced in May, the Snapdragon Developer Kit was designed by Qualcomm and Microsoft and manufactured by ECS, and it’s now available for purchase for $219. 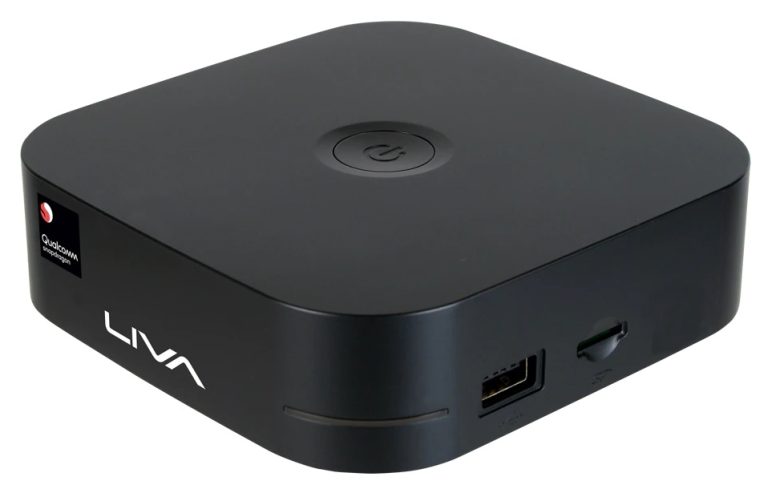 Basically it has the guts of an inexpensive Windows on ARM laptop laptop or tablet, but without the display, keyboard, battery, or optional 4G LTE support.

There’s WiFi 5 and Bluetooth support, and ports including:

The ECS website for the QC710 also lists a micro SIM card slot, eSIM support, and optional WiFi 6, but there’s no mention of those features on the purchase page at the Microsoft Store.

Note that Microsoft also notes that this computer is “meant for developers, not consumers” and that “there are no refunds available on this product,” so while it’s interesting to see an affordable mini PC with a low-power Qualcomm Snapdragon 7c processor and Windows 10 software, this probably isn’t your best option if you’re looking for a home computer or DIY media center PC.

Windows laptops and tablets with ARM processors have been around for a few years at this point, but they’re still the exception rather than the rule.

One problem is that the price tags have been relatively high for machines that have typically offered performance that’s on par with entry-level Intel Atom/Celeron/Pentium Silver chips. Another is that many Windows apps aren’t designed to run natively on ARM architecture — which leads to even slower performance, since Windows has to rely on emulation to run those programs.

Low-cost, low-power chips like the Snapdragon 7c are designed to tackle that first issue, by helping bring down the cost of Windows on ARM computers. And hardware like the Snapdragon Developer Kit for Windows could help tackle the second by providing an inexpensive tool developers can use to optimize their software to run on those computers.

But there’s still a bit of a chicken and egg issue here. If there aren’t many Windows on ARM PCs in the wild, then there’s not a lot of incentive for developers to create native ARM versions of their applications. And if there aren’t a lot of native ARM applications, then Windows on ARM computers may suffer from subpar performance, which could keep customers from buying them.

It’s unclear if or when that situation will change. But with Apple showing that computers with ARM-based chips can not only outperform Intel and AMD in performance-per-watt, but in overall performance in at least some situations, it seems likely that demand for PCs with ARM chips could eventually rise.