Mobile World Congress is coming up in a few weeks, and if history has taught us anything, it’s that we’ll likely see a whole bunch of new phones announced that feature Qualcomm’s latest processors.

The most powerful of the bunch is the new Qualcomm Snapdragon 845. When the chip maker unveiled the processor last year, the company said it offer up to 25 percent faster CPU performance and up to 30 percent faster graphics, among other things.

Now the company has invited journalists to test those claims… in a controlled environment using a controlled set of test. Under those conditions, it sure looks like Qualcomm has delivered on its promise. It remains to be seen how the Snapdragon 845 will perform in real-world settings though. 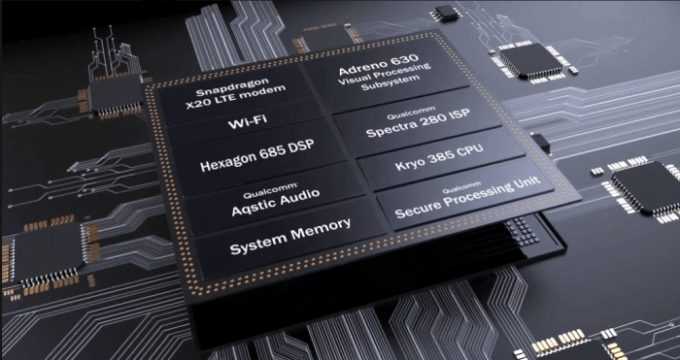 Don’t get me wrong. I’m sure that the chips will outperform last year’s Snapdragon 835 when it comes to high-end gaming or other resource-intensive activities. It’s just that you don’t necessarily need a faster-than-Snapdragon 835 chip to play most Android games or run most Android apps, because most software developed for Android is designed to have mass market appeal, which means you don’t necessarily need the fastest chip available.

So what matters more may be how quickly the phone boots, load apps, switches between apps, and other things that make a device feel faster. And we have yet to see what kind of new applications will take advantage of the features that aren’t covered by mainstream benchmarks. For example the new chip is said to have new technology for noise reduction during low-light photography, depth-based facial recognition, and phones with Snapdragon 845 chips are expected to be among the first to support 4K HDR video capture at 60 frames per second.

In other words, it’s not just CPU and GPU scores that will make the chip stand out. And no independent party has run a battery life test on a Snapdragon 845-powered phone yet.

Maybe that’s why virtually every website that released Snapdragon 845 benchmarks has gone out of its way to point out that benchmarks only tell a partial story… but they do provide one way of making an apples to apples comparison between devices, even if that comparison might not always be reflective of what it feels like to actually use a phone.

After all, there were a bunch of devices released with Snapdragon 835 chips last year. Some were better than others, due to differences in software, displays, memory, storage, batteries, and other features. The same was true for phones with Snapdragon 820 chips before that, and so on and so on.

Anyway, until phones with the new chip actually start to hit the streets, all we’ve really got to go on are the tests that Qualcomm let journalists run on a reference design phone. That device features a Snapdragon 845 chip, 6GB of RAM, UFS 2.1 storage, and a 2560 x 1440 pixel display. And the results look pretty good, with the reference design outperforming pretty much every high-end Android phone released in 2017 in most tests.

You can find more details about the actual benchmark scores at:

Qualcomm isn’t the only company producing chips for high-end Android phones. The Snapdragon 845 will likely compete with Samsung’s Exynos processors and Huawei’s Kirin chips, among others. But while chips from those companies have come within striking distance of Qualcomm’s flagship chips in recent years, Qualcomm tends to be head-and-shoulders above the competition when it comes to graphics performance. With the Snapdragon 845 offering a significant graphics boost, Qualcomm is likely to hold onto its lead this year.

The elephant in the room may still be Apple. Last year the company released phones powered by its new A11 Bionic chip, and they outperformed Android phones with Qualcomm’s Snapdragon 835 processor handily in most tests, particularly those involving single-core CPU performance.

And with a new set of benchmarks painting a picture of what to expect from Qualcomm’s 2018 flagship processor, it turns out Apple’s 2017 chip is still faster than the best Qualcomm has to offer.

Since Apple will almost certainly unveil a new chip for its smartphones later this year, it’s probably safe to assume that the company will hang onto its lead… but since Apple doesn’t let any other companies use its processor, the point may be moot for folks who have no interest in picking up an iPhone. It’s not like you can buy an Android device featuring an Apple processor… or a Windows or Chrome OS device for that matter.

While Qualcomm has been showing off a reference design for an Android phone, we’re probably going to see Windows laptops, tablets, and/or 2-in-1s featuring the Snapdragon 845 processor later this year. And we may see a Chromebook or two powered by the new chip as well.