The OBox is a small gaming box with an NVIDIA Tegra K1 processor, 4GB of RAM, 4GB of flash storage, and a hard drive bay for a larger amounts of storage that you can use to store games, music, movies, or other files. 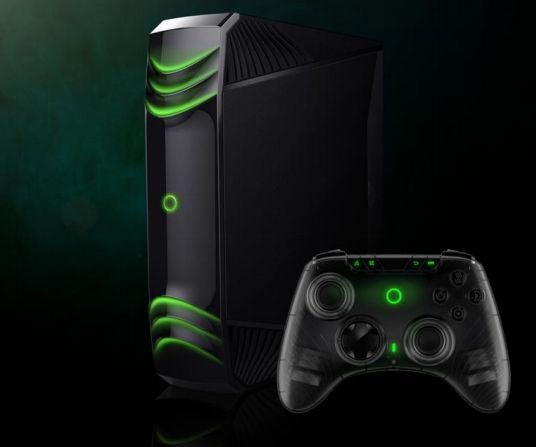 The branding on this box makes it pretty clear Snail Games wants you to think of the OBox as a sort of Xbox alternative for folks who don’t mind running Android games rather than console titles (I guess the good news is that Android games tend to be a lot cheaper… and there are some nice-looking games that are optimized for Tegra chips, thanks to the NVIDIA Shield product family).

There will be at least two versions of the OBox. One features a 2.2 GHz Tegra K1 processor, while the other has a 2 GHz processor. Both chips are 32-bit, ARM Cortex-A15 quad-core processor with NVIDIA Kepler graphics featuring 192 GPU cores.

Not happy with those specs? The OBox actually has 4 different modules, one each for the motherboard, processor board, multi-media board, and hard drive. The company says you’ll be able to choose the modules you want when you buy the device. You’ll also be able to upgrade the OBox in the future by replacing a single module rather than the whole device.

Snail Games hasn’t yet said how much the OBox will cost or when (or where) it will be available.