Before Imgur and Instagram, there was Flickr, an image hosting site and community that was a pioneer of allowing users to embed content on blogs, social media, and other web pages a year before YouTube began offering something similar for online video. 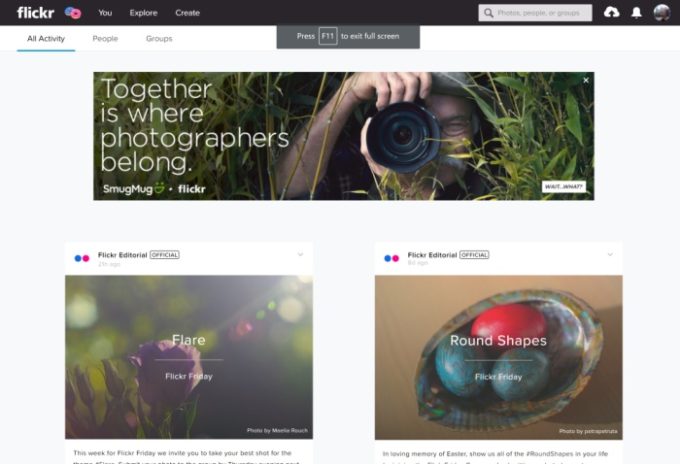 The deal brings two relatively big names in the image hosting space together, but SmugMug says it wanted to buy more than just Flickr’s user base. The company promises to continue operating Flickr as a separate service.

Flickr and SmugMug accounts “will remain separate and independent for the foreseeable future,” and existing users don’t need to sign up for a new account to transfer any data. All images hosted at either site will remain in place. SmugMug also plans to continue offering free and paid versions of the Flickr service.

In fact, SmugMug says it doesn’t have “any plans for immediate changes,” aside from transitioning Flickr users to SmugMug’s terms of service. But in a FAQ the company says it does eventually hope to make changes “for the better,” and “help Flickr grow,” whatever that means.

SmugMug is an independent, family-owned business that’s already focused on image hosting. So it does seem likely that Flickr will get a bit more attention than it did when it was just a tiny part of Yahoo’s business, and an even smaller portion of Verizon’s.

One reply on “SmugMug acquires Flickr, promises to breathe new life into it”