Smartwatches have only been a thing for a few years, but it looks like they may have already peaked… or maybe they’re just taking off.

But any way you look at it, companies shipped an awful lot fewer smartwatches in the third quarter of 2016 than they did during the same period a year earlier.

According to new research from IDC, there were about 5.6 million smartwatches shipped in Q3, 2015. This year that number was just 2.7 million. 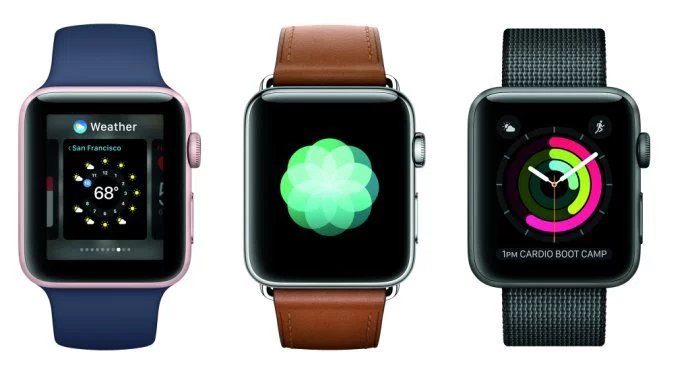 There is one big factor worth considering: the third quarter of 2015 was the first full quarter of widespread availability for the much-anticipated Apple Watch. So it’s possible that a lot of the folks who’d been waiting to buy a smartwatch did so at that time… and haven’t bought one since.

According to IDC, Apple is still the top company in terms of smartphone shipments and market share… but it’s also the company that saw the biggest declines in both of those categories.

Garmin took second place this year, which is interesting since the company is more commonly associated with running, fitness, and mapping gadgets than multi-function smart wearables. 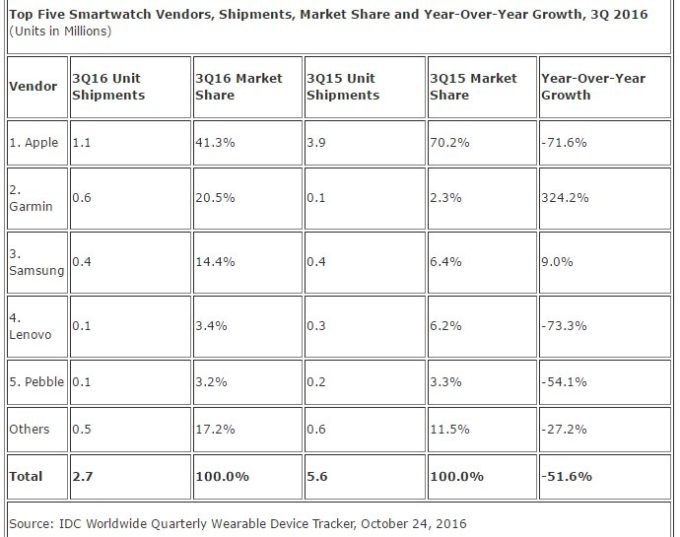 The general decline in shipments makes me wonder if maybe most of the people who want smartwatches already have them… or if potential customers are still waiting for a killer app that makes a smartwatch a must-have accessory.

Personally, I’ve been keeping an eye on the space for about as long as it’s existed, but haven’t found it necessary to invest in a gadget that primarily shows me the same stuff I can see by pulling my phone out of my pocket.

That hasn’t stopped companies from pushing out new smartwatches. It seems like pretty much every smartphone maker, and plenty of companies that don’t make phones, has a smartwatch to sell. But it’s starting to look like there may not be a lot of buyers.