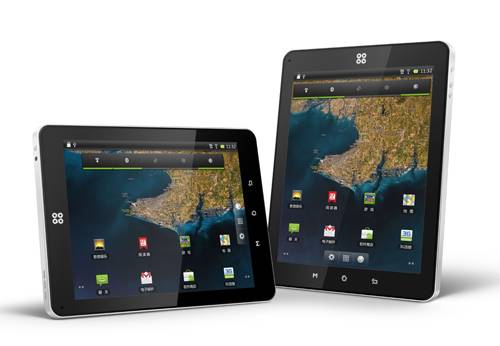 A company called SmartQ is showing off a new Android tablet that looks like your standard iPad wannabe, complete with a 9.7 inch, 1024 x 768 pixel display. But Netbook News discovered that the SmartQ Ten tablet has one thing the iPad doesn’t: a piezoelectric touch panel.

The technology allows the tablet to support multitouch input from a fingertip or a stylus, offering some of the best characteristics of capacitive and resistive displays. The 9.7 inch IPS display can recognize 10 separate inputs which makes multitouch gestures or 10-finger typing a possibility.

The tablet is powered by a Rockchip ARM Cortex-A9 processor and Mali 400 graphics. It has 8GB of storage and 512MB of RAM and supports WiFi, Bluetooth, GPS, and 3G wireless.

You can check out a video of the tablet in action after the break. The screen appears to be a bit unresponsive at times, but it’s not clear if that’s just a problem with the demo unit. The SmartQ Ten runs Google Android 2.2.