Samsung and LG have been working on smartphones with flexible displays for years and rumor has it that they’re about to hit the streets. But it looks like they won’t be alone.

Evan Blass reports that LG will reveal its folding phone at the Consumer Electronics Show in January. Ice Universe says there will be three foldable phones announced at CES and Mobile World Congress… and that doesn’t include Samsung, which is also expected to launch a folding phone sometime in 2019.

But a Chinese company called Royole appears to have beat them all to market. It just unveiled the FlexiPai — a smartphone that turns into a tablet when you unfold the 7.8 inch flexible AMOLED display. 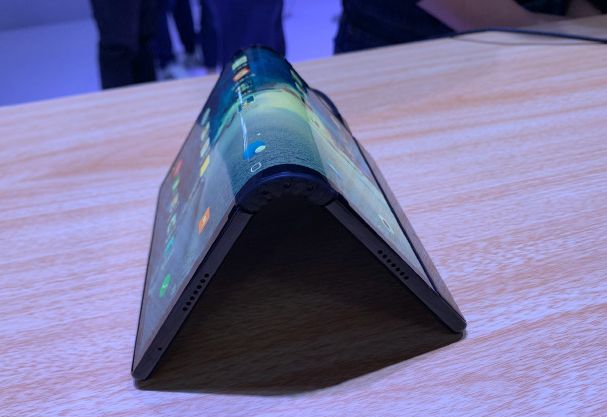 The Royole FlexPai is also one of the first devices powered by a Qualcomm Snapdragon 8150 processor.

When unfolded, the phone has a 4:3 aspect ratio and a resolution of 1920 x 1440 pixels. Folded in half, it actually has three display sections: primary, secondary, and edge, with the following specs:

The device measures 7.5″ x 5.3″ x 0.3″ in tablet mode, and the Royole FlexPai weighs about 11.3 ounces. When you fold the 7.8 inch display in half, you get two smaller screens that are closer to 4.5 inches, and Royole says when the FlexPai is folded you can answer incoming phone calls using either screen.

The phone also has dual cameras, with a 16MP primary camera and a 20MP telephoto camera. It has a 3,800 mAh battery, a USB Type-C port, a microSD card slot and  dual SIM support. 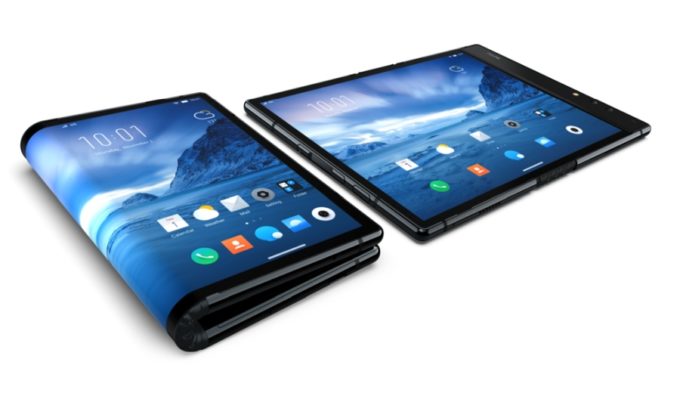 While the Rouyu FlexPai certainly earns bragging rights as the first smartphone with a flexible display, it’s far from clear that this is a device you’d really want to spend $1300 or more on.

A few videos making the rounds show a device that looks rather chunky when folded, and which has a noticeable bend in the middle when unfolded. It doesn’t look like something that’s going to be easy to slide into a pocket or safe to throw in a bag with your keys.

On the bright side, like the Nubia X, the phone only needs a single set of cameras since you can use part of the display as a viewfinder whether you’re snapping a selfie or a standard shot.

14 replies on “Smartphones with folding screens are almost here”