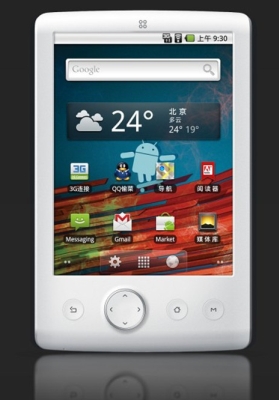 As the parade of Android tablets continues, China’s SmartDevices has introduced a new 7 inch tablet called the T7. The basic model features WiFi only, while a T7-3G version will also be available with… you guessed it, a 3G module.

The high capacity batteries make these little guys stand out from the crowd. The rest of the specs, not so much — although it is worth pointing out that the press photos for the 3G model would seem to suggest that the tablet may come with the full Google suite of apps including Gmail, Google Maps, SMS, and the Android Market for downloading third party apps. But the same photo makes it look like the tablet is running Andorid 2.2 Froyo, so I’d take it with a grain of salt.

The SmartDevices T7 will run about $217 in China, while the T7-3G will set you back about $276. Unfortunately I don’t expect to see these tablets outside of China anytime soon.