The first gaming computers designed to run Valve’s Steam OS should begin shipping this fall. Want a Steam Machine that’s a bit more portable? The Smach Zero is a handheld game console that looks a bit like a PlayStation Portable, but it has an x86 processor, Steam OS software, and Steam Controller-style buttons and configurable touchpads on the sides.

The Smach Zero (formerly known as the Steamboy) goes up for pre-order in November for $300, but it won’t actually begin shipping until 2016. 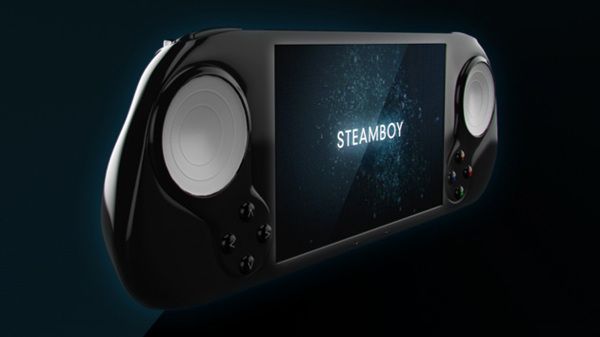 It has a 5 inch, 1280 x 720 pixel display and HDMI output in case you want to play games on a big screen. The system supports WiFi and Bluetooth and most importantly, it runs Valve’s Linux-based operating system with support for downloading and playing games from the Steam Store.

This is a portable device that probably isn’t going to be able to handle bleeding edge games, but it should be capable of running older titles or some less resource-intensive new games. It could also make an interesting option for folks looking to use Steam’s in-home streaming service.

That would let you set up a more powerful PC as a Steam game console and then stream games over a home network to the Smach Zero so that you could play in a different room. That setup lets the more powerful PC handle the number crunching so that you can play games that might not otherwise work with the handheld’s low-power processor.

via Ars Technica and Polygon