Want a handheld game system that can run full-fledged PC games? The Smach Z is basically a gaming PC stuffed into a case that looks like a smartphone with gaming controls on the sides.

It has up to 8GB of RAM, up to 128GB of storage, and low-power AMD processor, and the Smach Z is designed to run Valve’s Steam OS, allowing you to play PC games on the device itself or stream games from a more powerful PC on your home network.

The developers behind the Smach Z are hoping to raise close to $1 million through a Kickstarter campaign so they can begin shipping systems in October, 2016.

Update: The Kickstarter campaign has been canceled… for now. 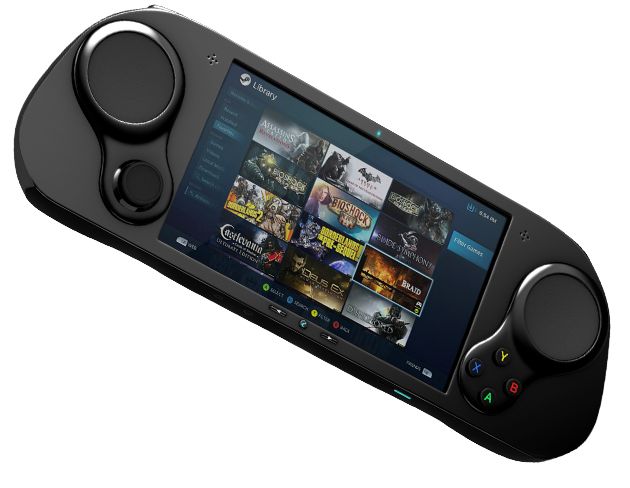 If the Smach Z looks familiar, that’s because we’ve seen it before. The developers first unveiled the concept as the SteamBoy in mid-2014, before changing the name to Smach Zero this summer.

The system has a 5 inch touchscreen display, an AMD G-Series chip with Radeon graphics and 2GB of dedicated memory for graphics, HDMI, 5 GHz WiFi, Bluetooth, and a USB 3.0 Type-C port.

Both models have microSD card slots for additional storage. 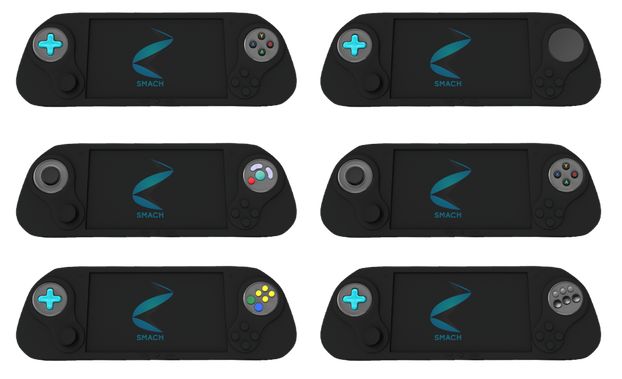 The Smach Z should get up to 5 hours of battery life, but it can also work with external battery packs, and some Kickstarter pledge levels include a spare battery that should double you play time.

Overall the Smach Z seems like an interesting concept: but unless you spend more than $3000 to get one of the few industrial prototypes expected to ship in May, it’ll be nearly a year before you can actually get your hands on one. By the time the Smach Z ships, who knows what the state of Steam OS will be.

It’s also worth noting that while the developer say it’s “powerful enough to play any game on the market,” the AMD G-series embedded processor is a low-power, energy efficient chip with integrated graphics, so you may want to manage your performance expectations.