It’s been almost 4 years since the first concept pictures for a handheld gaming PC called the SteamBoy were released. A year later the developers changed the name to Smach Zero… and then changed it again to the Smach Z and launched a crowdfunding campaign at the end of 2015.

A few days later the crowdfunding campaign was put on hold due to, among other things, the lack of an actual working prototype or any real details about the processor that would power the Smach Z.

In 2016 the team launched another crowdfunding campaign, and the following year one of the company’s key partners exited the project and the Smach Z failed spectacularly to meet its estimated delivery date of April, 2017. 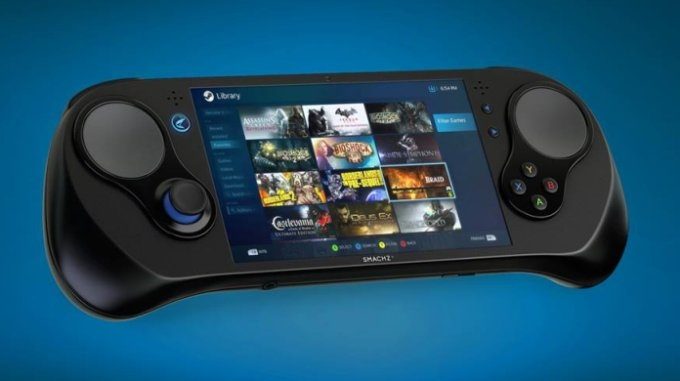 But against all odds, it looks like the Smach Z might not be vaporware. The company plans to show off the progress its made at the Embedded World show in a few weeks, and a set of leaked images show that the Smach Z team has printed circuit boards, case samples, and processors.

A few details have leaked in various places on the web, and.

Update: Due to the DMCA request mentioned below, where Smach asked us to remove a specific image, Phawx has removed his video, but plans to upload a new one without that copyrighted picture.

It looks like the basic design of the Smach Z hasn’t changed much: there’s a display in the center and game controller buttons including two touchpads and a set of buttons on the left and right sides of the display.

Under the hood, the system will have a motherboard and a daughter board, with room for an M.2 2242 solid state drive and an unspecified AMD processor, although there are clues that suggest it’s some new form of Ryzen processor that will probably run at somewhere between 15W and 25W and provide CPU performance that’s on par with an Intel Core M3-7Y30 while offering 2-3 times better graphics performance.

In other words, this computer could give the GPD Win 2 a serious run for its money… if it ships this year, and if it offers decent battery life, a good display, and all the other things it takes to make a mobile computer usable.

There seem to be 2 SODIMM slots, which means you’ll be able to replace or upgrade the RAM, which is something you cannot do on a GPD Win or Win 2. And one surprising thing is that the CPU seems to connect to an AM4 socket, so you may even be able to upgrade the processor… maybe. 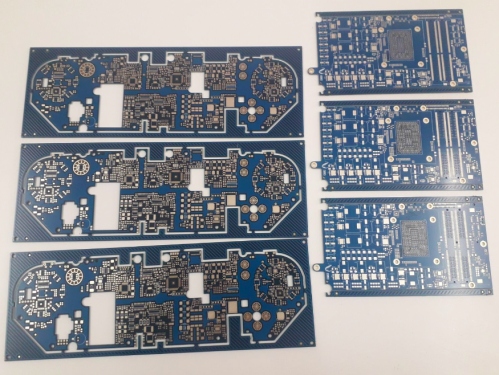 That said, the developers still haven’t shown off a working prototype yet. We don’t know the ship date. And while The Phawx found a picture showing some sort of cooling system on the bottom of the handheld, we don’t know how well it’ll work (or how loud it’ll be) yet.

But at this point I’m just pleasantly surprised that the Smach Z still seems to be under development. I’m sure folks who pledged $330 or more to get one are probably pretty happy about that too… especially since it seems like the computer is now expected to ship with a better processor than originally promised… you know, if it ever does actually ship.

Still, I’d say the odds of getting your hands on a Smach Z eventually are still a lot better than those that you’ll ever find yourself playing games on a PGS Handheld.

Update: A photo has been removed from this post due to a DMCA copyright claim.