It’s been more than half a year since the team behind the Smach Z handheld gaming computer launched a Kickstarter campaign… and then canceled it two days later.

Now they’re ready to try again. This time they’ve got a prototype, outside investors, more details about the hardware they’re using, and some thoughts about stretch goals for the campaign.

For example, the Smach Z is designed to run the Linux-based SteamOS. But if the project raises enough money, the developers will consider offering Windows or Android-based models. 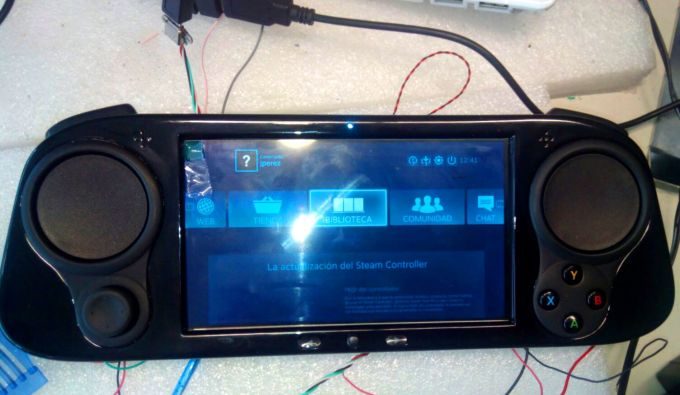 The Smach Z, which was originally called the Steamboy, is expected to feature a 5 inch touchscreen display, an AMD Falcon embedded processor with Radeon graphics, and physical gaming buttons including an analog stick, dual touchpads, X, Y, B, and A buttons, and shoulder buttons.

While the start date of the new campaign hasn’t been unveiled yet, the plan is to keep pricing the same, which means early backers may be able to reserve an entry-level model for a pledge of €199 ($222) or more… assuming the prices aren’t adjusted for a post Brexit vote world.

The developers plan to show off a working prototype at the Gamescom event starting August 17th, although the prototype is a little larger than the finished product would be, and it doesn’t have the same processor that will be used in the final version.

If the second Kicsktarter campaign is more successful than the first, the Smach Z is expected to ship as early as February or March of 2017.

While the plan it still to design the Smach Z around Valve’s SteamOS, there are now plans to offer Windows 10 as a stretch goal. Other possible stretch goals could include phone capabilities or Android support, but the team says neither of those are high priorities at this point, since it’d require a fair amount of work to make either happen… so it’s possible those goals won’t be offered, or will only be offered if the project raises way more money than expected.

The Smach Z isn’t the only crowdfunded handheld gaming PC in the works, but it is one of the first designed to run SteamOS.