Spanish PC maker Slimbook has been offering Linux-powered laptops and mini desktops for a few years. The company has also partnered with the KDE desktop team to release last year’s KDE Slimbook and this year’s follow-up, the Slimbook II.

Now the company is getting into the all-in-one PC with the launch of the Slimbook Curve.

On the one hand it’s not a big departure: the computer has laptop-like specs including a 15 watt, 7th-gen Intel Core processor. But all of the components fit onto the back of what looks like a standalone PC monitor. 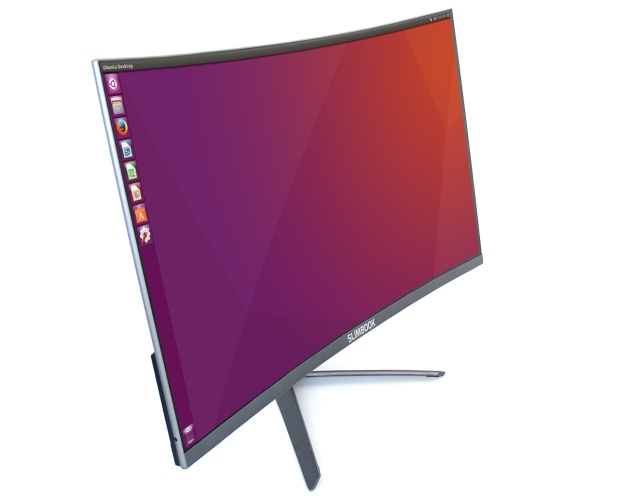 Slimbook sells a model with an Intel Core i5-7200 processor, 8GB of RAM, and 120GB of solid state storage for 849 Euros, although you can upgrade the memory and storage.

Unlike most PC companies which offer a choice of Windows or maybe Ubuntu, Slimbook lets you choose from a bunch of different operating system options, including:

You can also have Slimbook install Windows 10, but you’ll have to pay at least 105 Euros extra for that option… and honestly, I’m not sure why you’d do that when there are plenty of other places to buy all-in-one PCs with Windows.