Intel hasn’t formally launched its upcoming Gemini Lake chip family yet, but it’s pretty much an open secret at this point that the next-gen low-power Celeron and Pentium chips are on their way.

In fact, it’s such an open secret that a Chinese PC maker is already showing off a convertible tablet-style notebook powered by an Intel Celeron N4000 Gemini Lake processor. 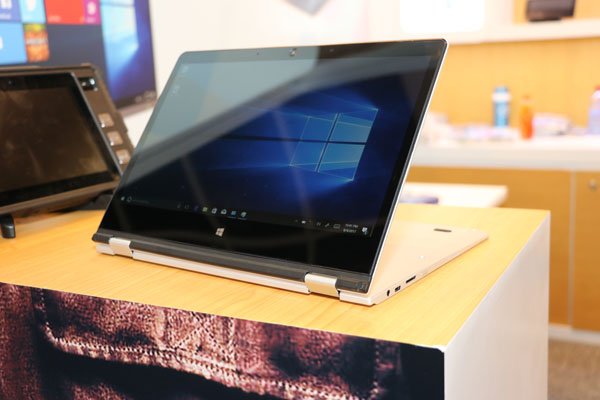 Notebook Italia spotted the laptop from a company called Shenzhen Skyworld Technology at the HKTDC show in Hong Kong.

The notebook looks like pretty standard fare for a low-cost convertible: it has a touchscreen display, a keyboard and touchpad (with what looks like a fingerprint sensor in the corner), 4GB of RAM, and 64GB of storage.

What’s unusual is the Celeron N4000 chip, which is a 6 watt dual-core processor with a base clock speed of 1.1 GHz, although it should support higher burst speeds. It’s expected to offer up to 15 percent better performance than current-gen “Apollo Lake” chips such as the Celeron N3xxx series processors. Other new features are expected to include native support for HDMI 2.0 and more cache memory.