Budget tablet maker Skytex is showing off a new line of tablets including a 7 inch tablet which will be available soon for $129. It’s called the SkyPad Sp716 and it features a 1.2 GHz Allwinner A14 processor and a 1024 x 600 pixel display. 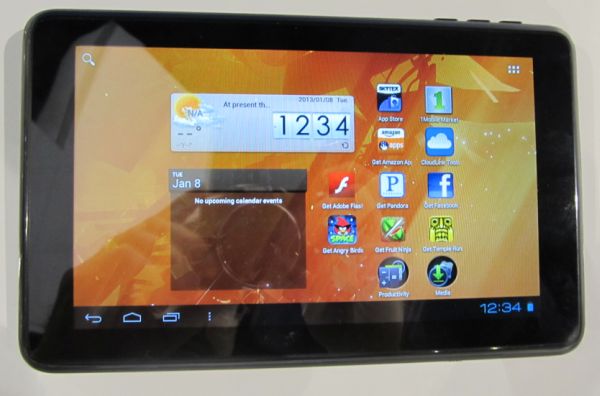 It’s not the best looking tablet, or the fastest. It doesn’t have the highest resolution display. And it doesn’t even come with the Google Play Store, instead shipping with the Amazon Appstore and a Skytex branded app store.

But I suppose if you can’t afford to spend $30 extra to get an entry-level Amazon Kindle Fire, the SkyPad SP716 is one of the better 7 inch tablets I’ve seen in the $129 price range. It certainly has a better display than the $98 Idolian IdolPad Plus.