Microsoft has launched a limited beta of Skype for Web which lets you chat and make voice and video calls directly from a web browser.

Skype for Web will only be available to a small group of users initially while Microsoft tests the software, but the company plan sot roll out Skype for Web to additional users in the coming months.

You might think that this gives you one less reason to choose a Windows laptop over a Chromebook, but Skype for Web won’t work with Chrome OS… at least not yet. 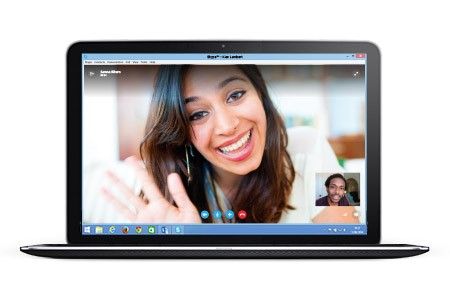 In a blog post announcing Skype for Web, the Skype team says Internet Explorer, Firefox, and Safari are supported… as well as Chrome for Windows.

In other words, you probably can’t use a Chromebook (or Chrome on OS X) at this point

Eventually Skype hopes to let you make voice and video calls without installing a browser plugin by using the WebRTC (Real-Time Communications) protocol built into a number of modern browsers. But for now you’ll need to install a plugin the first time you want to use Skype to make a call from your browser.

It looks like Skype for web *might* work on Chromebooks once Microsoft drops the need for a plugin and moves to WebRTC.

New and existing Skype users can find out if they’re part of the initial group of testers by logging into their account at Skype.com and looking for an invitation.