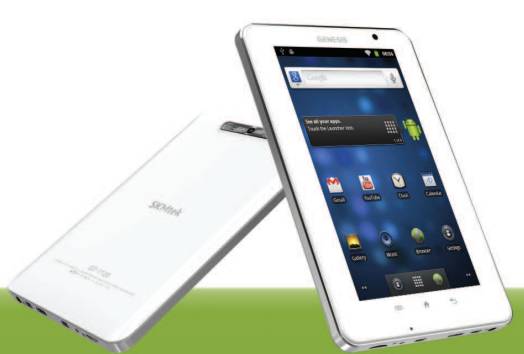 Chinese company SK Mtek plans to launch a 7 inch Android tablet called the MID GT-7120. It passed through the FCC website this week.

The tablet is unremarkable in most respects, but it’s one of the few budget tablets I’ve seen that will ship with Android 2.3 Gingerbread and both front and rear cameras.

The tablet comes with 802.11b/g/n WiFi, a G-Sensor and a 4000mAh battery. It has a built-in speaker and USB host capabilities. The tablet is also just 0.43 inches thick.

It also looks like Google might be loosening its restrictions on allowing the Android Market to be installed on devices that aren’t smartphones or Honeycomb tablets, as the SK Mtek MID-GT-7120 will include the Android Market and other Google apps including Google Maps, Gmail, and Google Talk. Or maybe SK Mtek is taking an Augen-like approach by including the Market first and asking questions later.