Over the past year Android TV sticks have gotten more and more powerful, while prices continue to drop. These days you can get a device that fits in the palm of your hand, has a quad-core processor, and lets you run Android apps on a TV for well under $100.

But one problem that plagues many of these little devices is poor WiFi reception. Some models are better than others, but I got so tired of testing Android mini-computers that didn’t work in my office that I recently invested in a WiFi range extender for the house.

Fortunately some device makers have been paying attention and adding features such as external antennae to improve performance. Sometimes there are easy ways to fix models without an external antenna though.

The folks at Rikomagic, for example, noticed that you can dramatically improve WiFi performance on the MK802 IV just by moving the antenna inside the case. 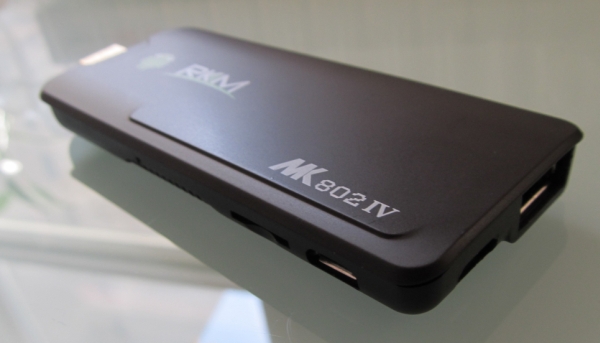 Retailer W2Comp sent me an MK802 IV demo unit a while back, but I’ve been a bit too busy to test it. Incidentally, W2Comp sells the device for $88.

It’s a small Android device with a Rockchip RK3188 ARM Cortex-A9 quad-core processor, 2GB of RAM, 8GB of storage, an HDMI connector, USB 2.0 port, and 2 micro USB ports (one of which is used for power).

Today I finally followed Rikomagic’s advice and cracked open the case to see if moving the antenna really does help improve WiFi performance. The short answer? It does.

The first thing I did was to plug the MK802 IV into my monitor, hook up a keyboard and mouse, and install the Network Signal Info app. I did this before moving the antenna. 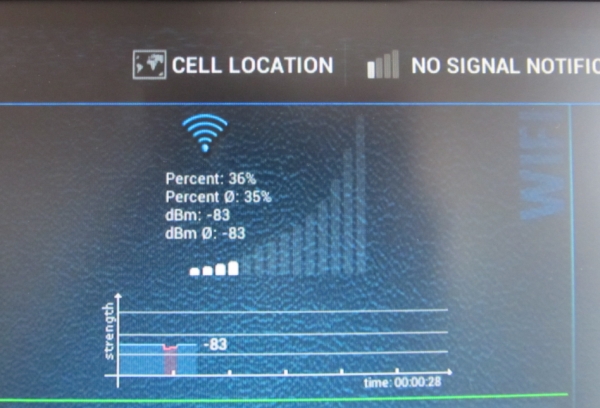 It didn’t stay there — that’s about as high as it got, but the signal occasionally dipped lower and from time to time the MK802 IV simply disconnected itself from my wireless network.

I didn’t have much hope that moving around the antenna would change things. But Rikomagic had assured me it would. So I unplugged the device and pried open the case (it’s tough to do this without breaking off some of the plastic — but basically if you run a fingernail, credit card, or other thin (and preferably not sharp or metallic) item along the edge of the case you should be able to do this without causing serious damage.

This is what my device looked like with the case open. 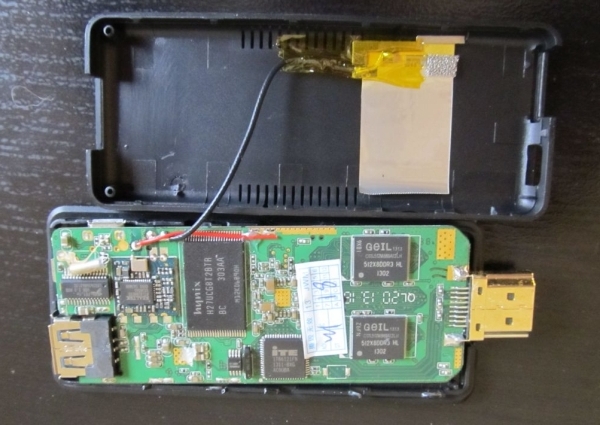 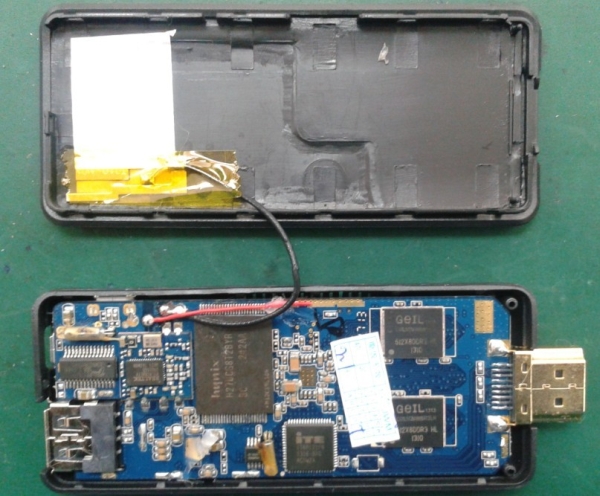 It took me a little while to figure out exactly what the difference was. At first, I thought she simply wanted me to shift the position of the antenna a bit to the left. But upon closer inspection I discovered that she actually wanted me to was attach the antenna to the other half of the case.

So I carefully picked up the piece of sticky tape holding the antenna in place, put it on the other part of the case, and closed everything back up.

This time when I booted into Android and ran the Network Signal Info app, I was pleasantly surprised to see a signal of 56 percent. 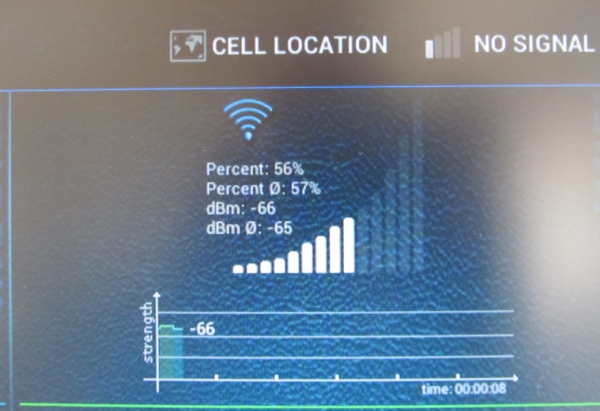 While a 100 percent signal would be even more exciting, this is a strong enough signal to stream videos, surf the web, make video calls, or do just about anything else without fear of losing the internet connection.

Not bad, considering my WiFi router is on the first floor of the house and my office is on the third.

This solution clearly won’t work for every Android TV stick. But if you happen to have a Rikomagic MK802 IV and you have trouble holding onto an internet signal, you might want to open the case and try moving the antenna.

There’s one interesting side note to this story. Rikomagic also recently issued a software update for the MK802 IV that upgrades the device from Android 4.1 to Android 4.2.2. It’s also supposed to optimize WiFi performance and offer a few other improvements — but I find that my signal strength is actually weaker after the upgrade.

I wrote most of the above article while running Android 4.1. After updating to Android 4.2, my signal strength dropped to about 51 percent.