It turns out the answer is yes. For now you have to jump through a few extra hoops to make it happen, but here’s how I managed to install the Amazon Appstore and the Amazon Video app on an Asus Chromebook Flip. 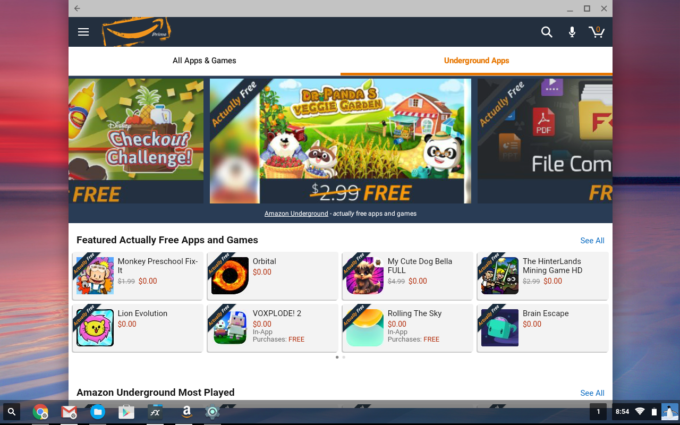 The Chromebook Flip is the first Chrome OS device to support Android apps, but Google plans to roll out support for additional devices soon. When I first started testing Android on Chrome OS, I noted that there was no toggle that would allow you to install apps from unknown sources, as you would find on most Android phones and tablets.

As Chrome Story notes, if you enable developer mode, the toggle appears. Note that developer mode is different from the dev channel: Anyone using the Chrome web browser or Chrome Operating system can choose to be on the stable, beta, or dev channel to receive safe, early access, or really early access updates.

Enabling developer mode on a Chromebook is more like unlocking your bootloader and rooting your device, since it allows you to access settings and files that would normally be protected.

You can find directions for enabling developer mode for various Chrome OS devices at the Chromium website.

Note that when you’re in developer mode, you can accidentally make changes to your device that could keep it from operating properly, and you do open the Chromebook up to potential security vulnerabilities that might not otherwise be available. So proceed with caution.

It’s also worth noting that this will wipe all files and settings from your device. That means if you’ve already installed any Android apps, you’ll need to re-install them after enabling developer mode — but once you login to your Google account, any Chrome apps and settings should be re-installed automatically.

Here’s how to do enable developer mode for the Asus Chromebook Flip:

From now on, whenever you device reboots you’ll see the scary OS verification is off screen. You can skip past it by hitting Ctrl + D or just wait a moment and listen to a loud beep. Either way, Chrome OS will boot shortly.

Now you’re a developer. You can use a command line by hitting Ctrl + Alt + T to open a Chrome OS developer shell, use Crouton to install Ubuntu, and do much more. But let’s talk about installing APKs from sources other than the Google Play Store.

If you’re running a version of Chrome OS that supports Android apps on a device that supports the feature, when you login to Chrome OS in developer mode, you should also be asked to sign into Google Play, allowing you to download and install apps and games from Google’s app store. For the Asus Chromebook Flip, that means you’ll need to be running Chrome OS 53 dev channel or later. 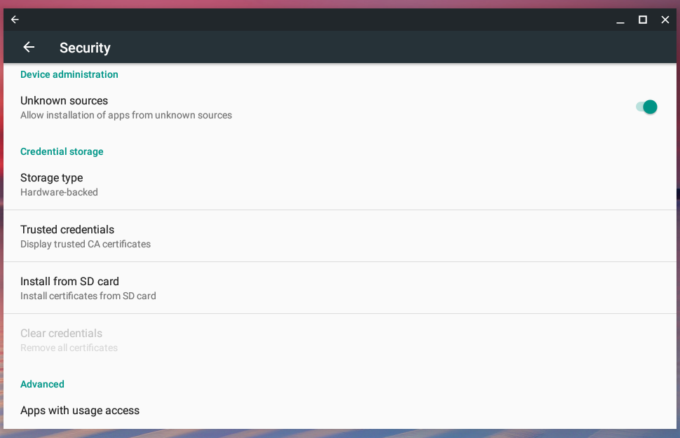 But not all Android apps are available from the Play Store. For example, the Amazon Video app isn’t. So let’s enable installation of apps from unknown sources so we can go and get it.

Now you might think you can just download any old APK from the web and install it… but you’re only part right. You can do that… but only if you use an Android file browser to locate and launch the APK.

If you download an APK and try to open it using the Chrome OS file browser, you’ll just get an error message letting you know that the Chromebook doesn’t know what type of file you’re clicking on.

So fire up the Play Store, find a file browser, and install it. I tried installing Solid Explorer, but it kept crashing when I tried to run it, so I loaded FX Explorer instead. That worked perfectly.

Go ahead and install APK files 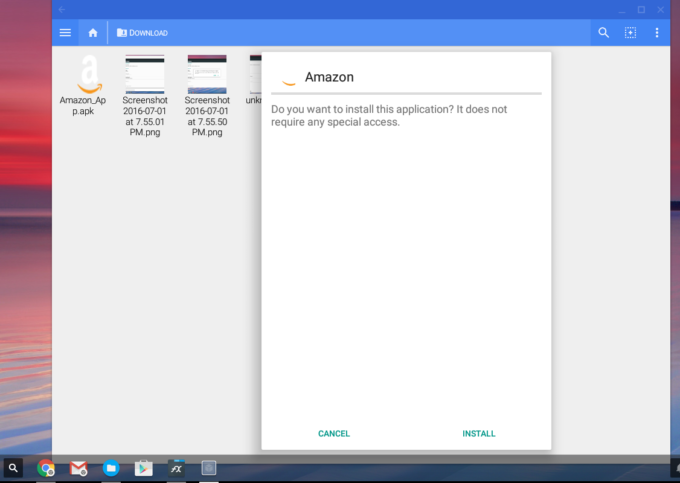 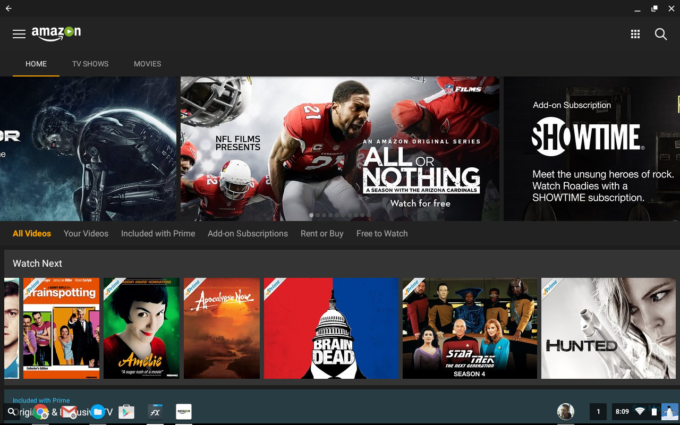 Sure, you could also just use a Chrome browser window to access Amazon Video, but I’m trying to demonstrate something here, OK? 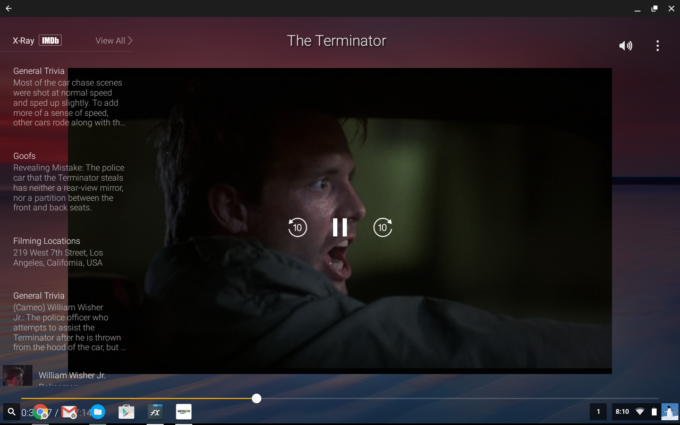 You can also download Android apps from other trustworthy third-party sources such as APK Mirror or F-Droid, or you can try out betas or other apps shared by developers in forums like xda-developers. There’s no guarantee everything will work… but the Android subsystem for Chrome OS is still pretty new, so you don’t even get that guaranty for apps that are downloaded from the Play Store.

12 replies on “How to sideload Android apps on a Chromebook”