The Shuttle XS35V4 is a small PC with an optical disc drive bay, while the Shuttle XS36V4 is a slightly smaller model without the drive bay.

Both are sold as barebones computers, which means you’ll need to supply your own storage, memory, and operating system. 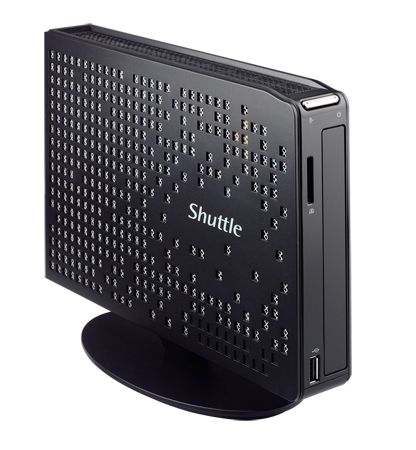 , while the XS35V4 sells for… about the same price

We’ve known that Shuttle was working on these little guys for a few months, but I didn’t notice they were available for purchase until Notebook Italia pointed it out recently.

The computers features Intel’s 10W, 64-bit, 2 GHz quad-core processor based on the same technology as the company’s Atom chips for tablets and notebooks. The J1900 is one of the more powerful members of the Bay Trail family, but it still doesn’t generate a lot of heat, which is why Shuttle can put it into a system that uses passive cooling instead of a noisy fan. 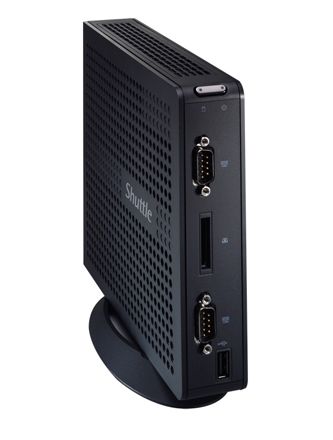 Shuttle’s XS36V4 is a little smaller, measuring  7.9″ x 6.3″ x 1.4″. This model is designed as a digital signage player and it features serial ports and no bay for a DVD, CD, or Blu-ray drive. But otherwise the specs are largely the same as those for the XS35V4.