With a starting price of $1715, the Shuttle X1 isn’t exactly cheap. But it packs a lot of power into a small space. The entry-level model is a VR-ready machine that features an Intel Core i5-7300HQ quad-core processor, NVIDIA GeForce 1060 graphics, 8GB of RAM, 128GB of solid state storage, and a 1TB hard drive. 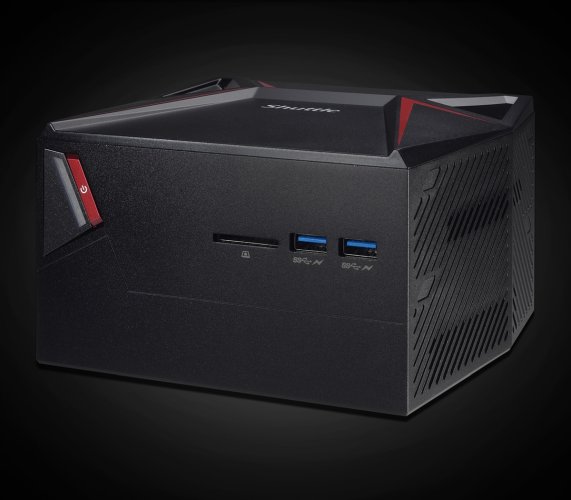 All three models ship with Windows 10 Home and come with a 3-year warranty.

The little desktops supports 802.11ac WiFi and Bluetooth 4.2 and feature three HDMI ports and a DisplayPort jack, 8 USB Type-A ports plus a USB TYpe-C port, an SD card reader and a headset jack.

Shuttle isn’t the first company to stuff the guts of a gaming PC into a small case. Gigabyte offers a line of Brix gaming computers, and Zotac has its Magnus line.

Looking at the current specs and prices for those models, I’m not really sure how competitive Shuttle’s offerings will be. But it’s always nice to have choices.