Shuttle has been making small form-factor PCs and PC cases since before we started (and then stopped) calling them nettops. But many of the company’s most affordable, products are sold as barebones systems, meaning you need to supply your own memory, storage, operating system, and for some models, even the processor.

Last year the company launched an interesting barebones model: the Shuttle XS35V4 had no operating system, but it was a small, fanless system with a low-power Intel Celeron J1900 quad-core Bay Trail processor.

Now Shuttle is introducing a new model that has the same basic design and features, but which also comes with Windows software. 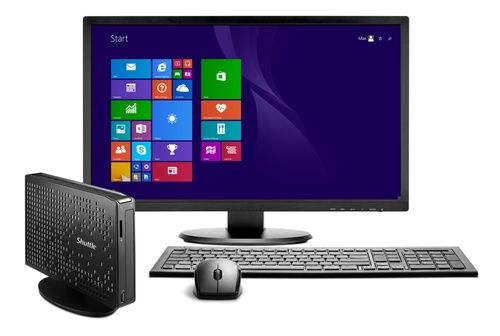 The system comes with a Celeron J1900 processor, 2GB of RAM, and a 32GB SSD. with Windows 8.1 with Bing 64-bit software pre-installed. The system is eligible for a free upgrade to Windows 10.

Shuttle says the system is already available from some retailers in Europe for 287 Euros, not including VAT. There’s no word on if or when we’ll see this model in the United States.