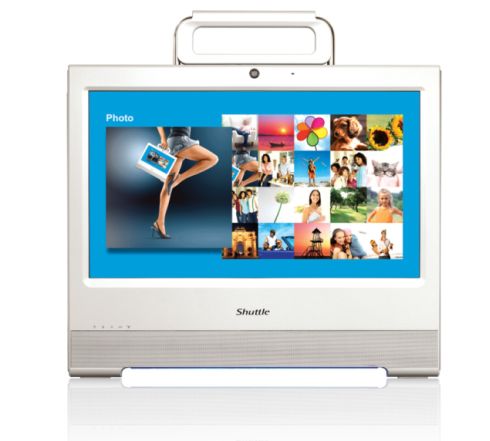 Shuttle is officially launching the all-in-one touchscreen computer that the company first teased us with back in January. The Shuttle X50 PC is the first product in Shuttle’s new X Vision line. The computer has a 15.6 inch touchscreen display, a dual core, low power Intel Atom 330 CPU, 1Gb of RAM and a 160GB hard drive.  It supports up to 2GB of RAM, but since this computer ships with Windows XP Home Edition, Shuttle can’t get away with selling it with more than 1GB without getting on Microsoft’s bad side.

This little machine would probably make a halfway decent media center system, if you’re happy with a 15.6 inch display. If you need a bit more oomph, there’s a VGA port on the back of the unit and a 5 USB ports scattered around the sides. You can check out an image of the back and side of the computer after the break. Shuttle hasn’t made the pricing official yet, but word on the street in January was that this computer would sell for $599 with Windows XP or $499 with no OS installed.

What do you think? Would you buy a Shuttle product over similar all-in-one touchscreen computers from Asus and MSI? Or are you baffled at this whole new cheap, low power touchscreen desktop craze? 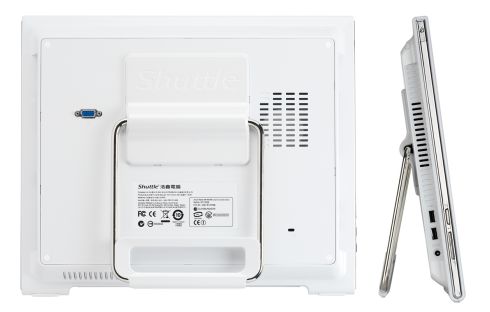