US Cable TV network Showtime has unveiled  its answer to HBO Now (and Netflix and Hulu, for that matter). Showtime All Access is an internet video streaming service that will let you watch TV shows, movies, and sports programming even if you don’t already pay to get Showtime through your TV provider.

Showtime All Access will be available for $10.99 per month starting in July, but at launch it’ll only be available via a web browser or an iOS device. 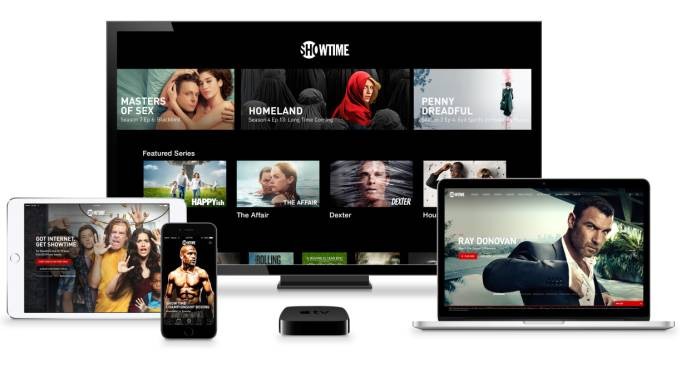 Showtime’s internet-only service will be available on iPhone, iPad, iPod touch, and Apple TV devices as well as the web. The service set to launch by July 12th, when the new seasons of Ray Donovan and Masters of Sex premier.

HBO NOW was also available exclusively on Apple devices when it launched earlier this year, but HBO’s internet-only streaming service is coming soon to Android, Android TV and Chromecast and HBO already offers a similar service for Sling TV subscribers.

It’s not yet clear if Showtime has plans to expand to Android, Windows, Roku, or other platforms. But at least you can stream Showtime All Access on most PCs with a web browser.

Showtime is charging $4 less than HBO for a monthly subscription… but if you decide to pay for HBO and Showtime and Hulu, Netflix, Amazon Prime, CBS All Access, and any number of other internet video services in order to access all the online video your heart could desire… you might find yourself paying more money than you would have if you’d stuck with a normal cable TV package.

What’s nice about online video services like these is that you don’t have to pay for them all… just the ones you want. Assuming you have a reasonably cheap internet-only service, you could save some cash by signing up for just Showtime… or one of its competitors.

6 replies on “Showtime All Access: Streaming video for $11 per month”