Smartphones and tablets running the Tizen operating system are expected to hit the streets this year, and it looks like Japan could be a good place to find some of the first. Hot on the heels of news that wireless carrier NTT DoComo would offer one of the first Tizen-powered phones, a company called Shisutena has announced it’s developed a 10 inch Tizen tablet. 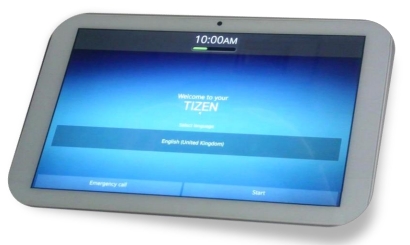 The tablet has all the specs you’d expect from a high-end Android tablet… it just happens to run a different operating system.

Tizen is a Linux-based operating system which places a heavy emphasis on web technologies. Third-party apps, for instance, can be written in HTML5 and JavaScript.

Samsung and Intel are backing the Tizen project, and it’s likely we’ll see some Samsung-branded devices running the operating system later this year.

We might not see the Shisutena tablet for a while either — the company plans to show it off at a trade show in October.

via FanlessTech and Hermitage Akihabara