Shift is a German company that produces smartphones designed for sustainability thanks to a modular design that makes it easy to perform your own repairs if you need to swap out batteries or replace a broken display, camera, speaker, USB port, or just about any other part.

Theoretically that should be enough to let a phone like the Shift6mq last for years. But hardware support only gets you so far – the €699 smartphone is powered by a Qualcomm Snapdragon 845 processor, which is an older chip that Qualcomm will stop supporting soon, which means that this phone is unlikely to continue getting major Android updates after 2023. But that may be where Linux comes in. 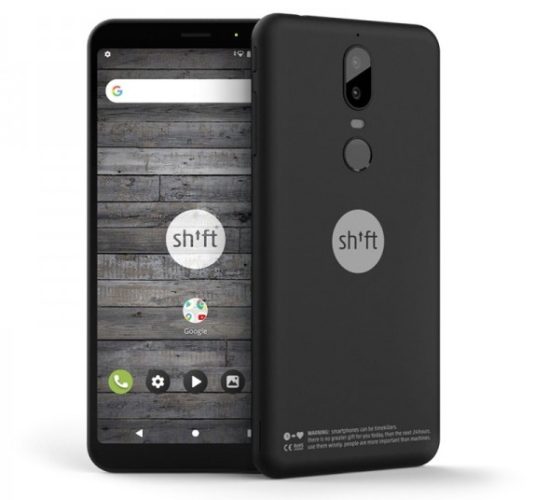 Independent developers have been doing a lot of work to bring support for mainline Linux kernel to devices with Qualcomm Snapdragon 845 processors, and in a report for TuxPhones, developer Caleb Connolly writes that the Shift6mq is already pretty close to being usable with GNU/Linux distributions like postmarketOS.

Shift sent Connolly a phone for testing, and before it even arrived Connolly was able to work with Shift developer Alexander Martinz to get postmarketOS with a mainline Linux 5.16 kernel booting on the Shift6mq.

WiFi and audio aren’t working yet, but the display, touch screen, and modem are already working. If development continues at this pace, it’s easy to imagine that by the time Android updates are no longer available for the phone, Linux might be a somewhat viable alternative… at least for some users.

Here it is peeps, #Linux 5.16-rc1 + @postmarketOS up and running on the @shiftphones SHIFT6mq. Most things seem to work (including the modem) But unfortunately WiFi is having some issues.

Thanks a lot to @glundner (@shiftphones) for bringing up initial touch and display support. pic.twitter.com/YqZOr4fQNZ

At this point mobile Linux is still very much a work in progress and many folks that are used to the simplicity, reliability, and access to millions of mobile apps that you get with Android or iOS would be disappointed with a Linux phone. But mobile Linux is getting better all the time, and it could be particularly useful for phones like the Shift6mq which are designed with sustainability in mind. It’s especially encouraging to see a Shift employee actively contributing to Linux support for the phone.

The Shift6mq is currently available in Germany for €699 plus VAT and in addition to a Snapdragon 845 processor the phone has a 6 inch FHD AMOLED display, 8GB of RAM, 128GB of storage, and a 3850 mAh battery. It has dual rear cameras, a microSDXC card reader, a USB Type-C port, 3.5mm headset jack, and support for WiFi 5, Bluetooth 5.0 and NFC.

In addition to initial support for mainline Linux, the phone ships with an unlocked bootloader in order to support custom Android ROMs.