There are a handful of smartwatches that support 4G LTE connectivity, and you can even use some to make phone calls… if you don’t mind talking to your wrist or using a Bluetooth headset.

But the Shell smartwatch is different thanks to a design that makes it comfortable to wear on your wrist… but with a mic and antenna that pop out and extend from the watch so you can comfortably hold the watch like a phone while making calls.

Shell is launching a crowdfunding campaign on Indiegogo on January 31st, and plans to offer smartwatches to backers who pledge $250 or more. But there will also be a cheaper option for folks that already have a smartwatch: Shell will offer custom adapters that give similar functionality to the Apple Watch and Samsung Gear line of smartwatches. 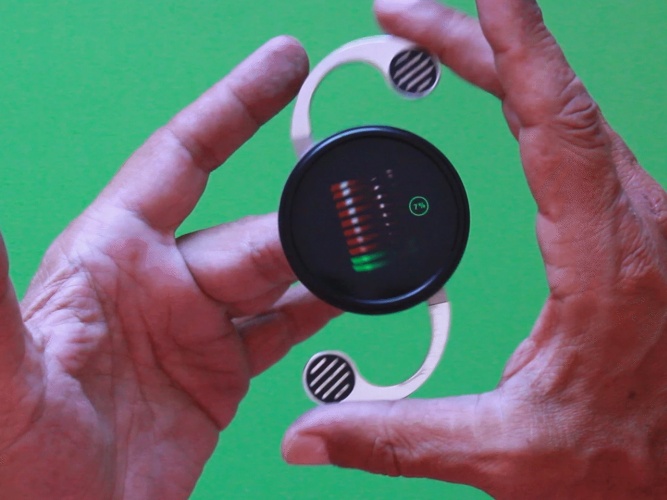 Shell says the “wings” that expand from the phone include antenna as well as the speaker and mic, and there’s also a tiny generator built in that lets you charge the phone by squeezing the wings repeatedly to convert kinetic energy into power.

The company says you can get up to 5 minutes of extra talk time from 5 minutes of flexing the wings. It’s not necessarily a practical way to keep the battery topped off indefinitely, but it could help you use the phone if it runs out of power in an emergency.

The watch shown off in the Shell promotional video isn’t the most attractive smartwatch I’ve ever seen, but it’s certainly one of the more complete solutions for folks that want a single device that can act as both a phone and a smart wearable.

Shell says its watch is waterproof, gets up to 5 days of battery life on standby or up to 5 hours of talk time (8 hours audio playback, or 4 hours of video playback) and comes in two versions: a basic Shell watch or a “Commando” model with a more rugged design.

There’s also a 12MP camera on one of the extendable wings, allowing you to snap photos or shoot videos, and rotate the camera while its in use.

Shell hasn’t revealed the pricing for the custom adapters that will let you use the Shell wings with existing watches.

2 replies on “Shell smartwatch can transform into a handheld phone, or transformer other watches into phones (crowdfunding)”