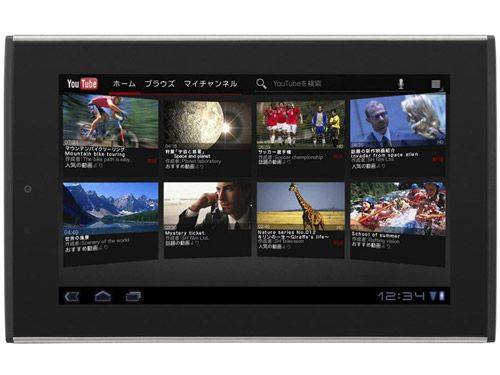 Sharp has been producing Android tablet for the Japanese market since last year. But while I got a chance to play with some of the Sharp Galapagos tablets at the Consumer Electronics Show in Las Vegas earlier this year, the company has yet to launch any of its Android products in the States. That could soon change, thanks to a partnership with US mobile broadband company LightSquared.

LightSquared is rolling out a nationwide 4G LTE network. Today the company announced that it would partner with Sharp to make some of the Japanese company’s phones and tablets available to customers. We should have more information about which devices are covered by the agreement when the CTIA trade show starts next week.

Sharp recently killed off a couple of its tablets, but there are at least two 7 inch tablets in the company’s current lineup: the Sharp Galapagos A01SH which has a 1024 x 600 pixel display and Android 3.2 operating system, and the Sharp RW-T107  which features Google Android 2.3 Gingerbread.

LightSquared sells its services at wholesale, which means you probably won’t actually be able to buy service or products directly from LightSquared — but you may sign up for 4G service from a company that buys bandwidth from LightSquared. And soon it looks like you may also be able to get a Sharp tablet as part of that deal.