Sure, Siri, Cortana, and Google’s voice search let you talk to your smartphone and listen to it talk back. But you know what your phone probably can’t do? Walk.

Fortunately, Sharp is on it.

The Japanese consumer electronics company has unveiled a new smartphone called the RoboHon. But it’s not just a phone. It’s also a robot. And a projector. And downright weird… but still kind of awesome. 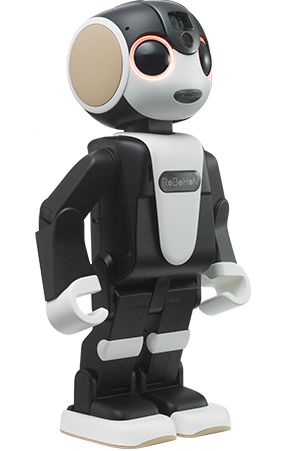 The RoboHon will be available in Japan in early 2016. Don’t expect to see this phone anywhere else anytime soon, because it kind of screams Japan.

Here’s the deal: the phone looks like a little robot with legs, arms, and a head that can move. It’s huge for a phone, but small for a robot, measuring about 7.7 inches high and weighing about 14 ounces. It should be small enough to put in a bag, or even some (large) pockets.

There’s a 2 inch, 320 x 240 pixel touchscreen display on the back and the little guy is powered by a Qualcomm Snapdragon 400 quad-core processor and it supports 802.11n WiFi and 4G LTE.

Oh yeah, and RoboHon knows how to dance. 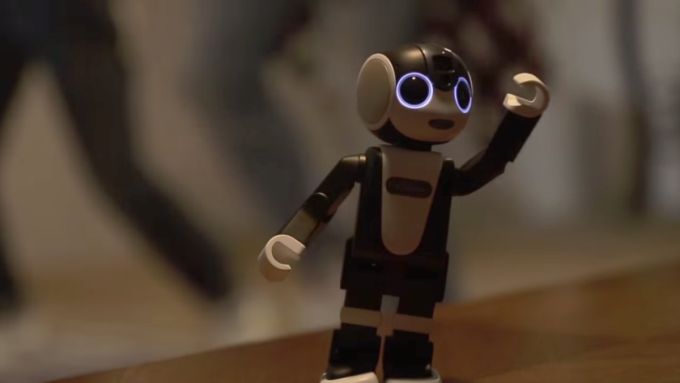 While most phones ring or play a chime to alert you about incoming messages, RoboHon can walk over and tell you about them. According to a demo video (with some heavily staged, possibly exaggerated action), the eyes can also light up when a message comes in, RoboHon can respond to voice prompts to send text messages or read them out loud to you, and it can answer your questions and requests with its own voice.

In addition to a camera which can be used to snap photos, there’s a projector which can display on a blank surface, allowing you to view slides, photographs, or other images. The projector doesn’t look particularly bright or powerful, but it’s one more thing that helps RoboHon stand out (although it’s not the first phone with a built-in projector).