Samsung’s first foldable smartphone closes up like a book when you want to fold it in half. So does Huawei’s, Oppo’s and most of the other upcoming models we’ve seen so far (except for Xiaomi’s prototype, which has a tri-fold wallet-like design).

But Sharp is showing off a prototype of a smartphone display that folds vertically.

Why? I’m not entirely sure. But it certainly is something to look at. 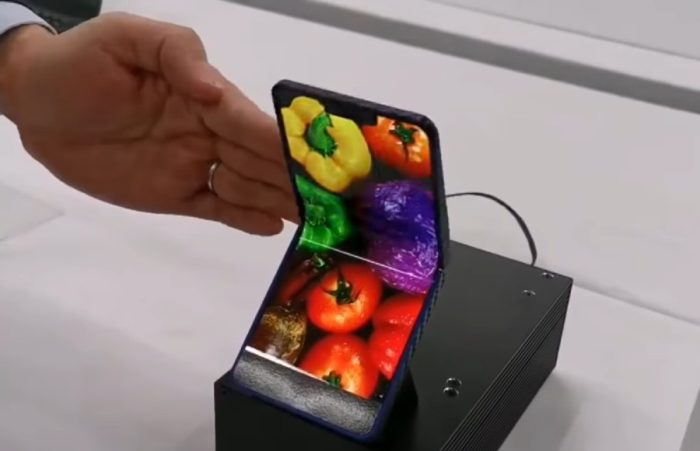 According to Engadget Japanese, the display can fold outward as well as inward, allowing phone makers to decide which way they’d rather use the device.

Sharp says the display isn’t ready for mass production yet, so it could be a while before we see Sharp AQUOS phones or models from third-party device makers that use the panel. But we might not have to wait too long for a vertically-folding phone. Rumor has it that Motorola plans to adopt a similar design for its upcoming Razr foldable.