It’s been a few years since Japanese electronics company Sharp has offered a smartphone in the United States. But it looks like one of Sharp’s latest phones could be coming to America… and it’s leaving behind the thick bezels.

Sharp unveiled two new smartphones in Japan this week, and at least one of those phones will be heading to the US. As Phone Arena notes, the Sharp Aquos Crystal smartphone will likely be offered by US wireless carrier Sprint.

Update: It’s official. The Sharp Aquos Crystal is coming to Sprint, Boost Mobile, and Virgin mobile and sells for $239 without a contract. 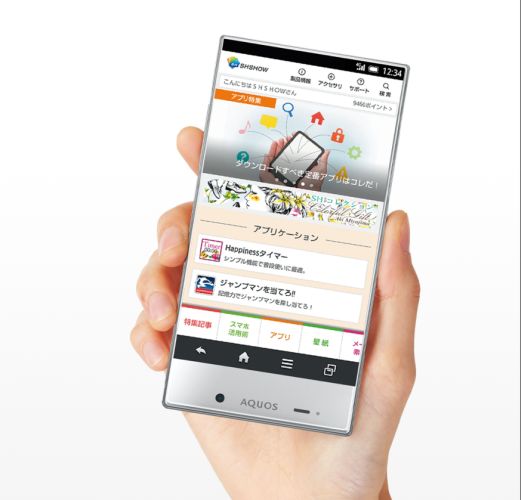 The handset features a 5 inch, 1280 x 720 pixel display, a 1.2 GHz Qualcomm Snapdragon 400 quad-core processor, 1.5 GB of RAM, 8GB of storage, and a 2040mAh battery. It’ll likely be positioned as a mid-range phone with a reasonably affordable price tag.

It does have some premium features though, including Harman Kardon audio, and a screen which covers the vast majority of the front of the device, thanks to some of the thinnest bezels I’ve seen on a phone.

Sharp also introduced a more impressive Aquos Crystal X phone in Japan this week, featuring a 5.5 inch, 1920 x 1080 pixel display and a Qualcomm Snapdragon 801 processor. But it’s not clear if that model will make it to the West anytime soon.

Update: The Verge has some hands-on photos, and the side bezels are really pretty close to non-existent.