Samsung may or may not be planning to cram an Ultra HD display in its upcoming Galaxy Note 5 smartphone. But sooner or later someone is probably going to release a smartphone with a 3840 x 2160 pixel display… and while there are no phones yet, phone-sized displays are certainly on the way. 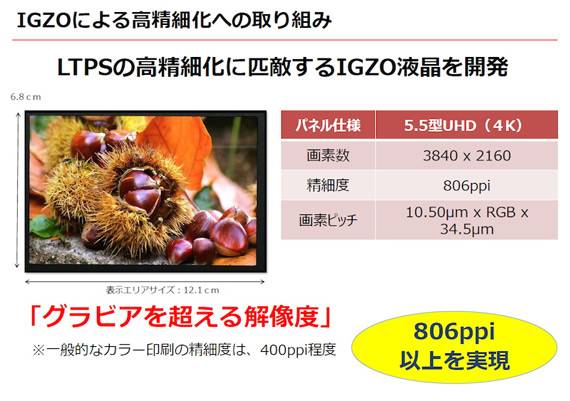 Right now the highest-resolution phones have 2560 x 1440 pixel screens, which some folks would argue is already overkill for a screen smaller than 6 inches. But when I asked you recently what the best resolution for a 5.8 inch smartphone was, hundreds of people weighed in — and more than half of you voted for 2560 x 1440 pixels or 3840 x 2160 pixels. 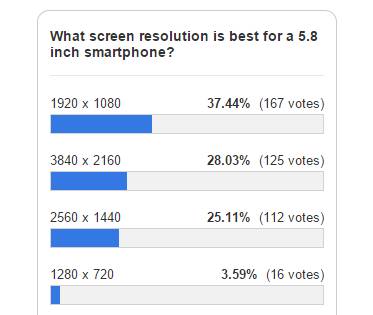 One point that some folks raised is that you might not need that many pixels for text and graphics to look good on a small screen. But it’s still a good idea to have a smartphone with the same pixel count as your TV because it means you’ll be able to watch the same 4K video file on both your phone and your TV without losing any detail (and without needing two different copies of the same file: one high-res version for your TV and a lower-res version for your phone).

Sure, the phone will have a much higher pixel density than your big-screen TV. But you’ll also hold it a lot closer to your face, unless you’re the sort of person who likes to sit 18 inches from your TV.

Another application of high-resolution smartphone displays? Virtual reality. Pop a phone into a virtual reality headset like the Samsung Gear VR and it’s right in front of your eyeballs… so the sharper the screen, the harder it will be to tell the difference between reality and virtual reality.

In light of that, maybe I shouldn’t have been so surprised by the results of our poll… or that Sharp (and maybe Samsung or other companies) are planning to bring more pixels to our smartphones in the coming years.