The iPhone X may not have been the first smartphone to ship with a screen that covers most of the front of the phone, with the notable exception of a cut-out for a camera in the top. But for better or worse, the notch will probably be forever associated with iPhones… at least unless enough other phones start to use them. And it’s starting to look like that could happen.

Huawei is working on its own Face ID alternative, which could require an iPhone X-like design (or maybe just a top bezel). And now it looks like Sharp has a phone with a notch on the way.

GSM Arena notes that the Sharp Aquos S3 passed through certification agencies in Taiwan and China recently, and now a set of hands-on photos show a distinctly notchy design. 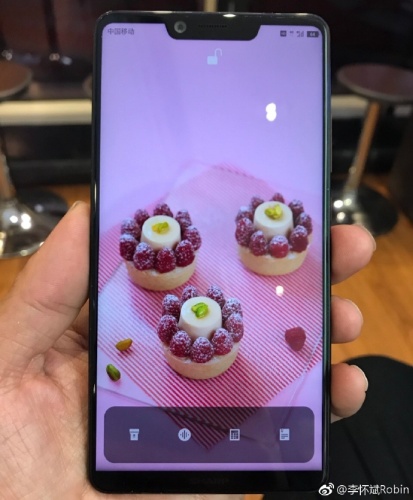 The phone has slim side and top bezels, with a cut out for the front-facing camera. The bottom bezel is also pretty slim.

Sharp phones don’t tend to be widely distributed in the US, but the Aquos S3 could go on sale soon in Japan and Europe.