Before the Apple, Samsung, and Google got into the smartwatch game, there was Pebble. The startup made affordable watches with electronic paper displays, the ability to display smartphone notifications, and an app store that was filled with third-party apps.

Activity tracker company Fitbit acquired Pebble a few years ago and used some of the company’s technology to launch its own line of smartwatches. But the Pebble line of ePaper watches is pretty much dead.

That doesn’t mean the dream of a watch with an electronic paper display and long battery life is dead though. A California-based company called Vla has taken to Indiegogo to crowdfund a new Vla Smart Watch with an ePaper screen.

It allegedly offers up to 99 days of standby time and has a suggested retail price of $130 — but it’s going for $59 and up during crowdfunding. I’d proceed with caution though, because there are a few potential red flags on this campaign.

Update: The campaign page has been updated to say donations are currently not being accepted while the campaign is under review. If you want to get a sense of some of the reasons Indiegogo might be looking into the project, see below… 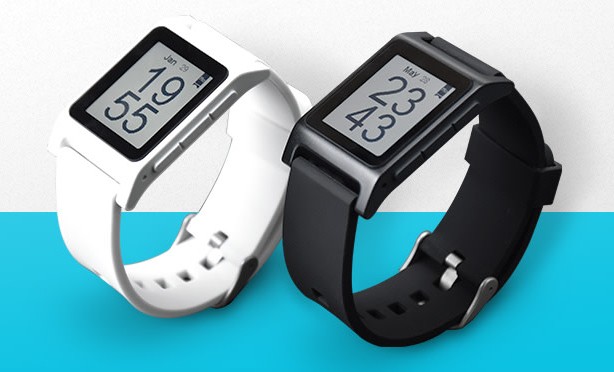 First, the Vla Smart Watch looks virtually identical to the Pebble 2, and that’s led some folks to question whether the Vla watch is a real product or a scam.

Second, there’s a graphic on the Indiegogo page called “Media Review” that lists a bunch of popular websites that, as far as I can tell, have not reviewed or written about this product.

Third, the $1,000 flexible funding goal also seems a bit suspicious. While it’s possible that a company that’s already produced a watch could set a low goal and use crowdfunding to build buzz around the product, Vla doesn’t seem to have any experience building or shipping this type of device.

Fourth, the promotional video doesn’t actually show a real watch… just a bunch of images that may be a Vla… or may just be a Pebble 2.

That said, the description of the Vla Smart Watch looks entirely plausible. The technology to build such a product already exists and with the right funding (and customer base), it’s entirely possible that a startup could partner with a Chinese manufacturer to build and deliver a product matching this description.

Whether that’ll actually happen by May as Vla promises in its crowdfunding campaign is a bit more questionably.

Anyway, the Vla is said to be a watch with an 168 x 144 pixel ePaper display covered by Gorilla Glass. It’s supposed to be rated IP67 for dust and water resistance. And it can allegedly be paired with an Android device or iOS to display SMS alerts, weather forecasts, and other details.

There’s also a heart rate monitor and fitness tracking support, Bluetooth 5.0, NFC, and a magnetic charger that connects to pogo pins on the back of the watch to top off the device’s 140 mAh battery.