Blade launched its Shadow game streaming service in the United States earlier this year, essentially allowing you to pay a monthly fee for access to a remote gaming PC that you could load up with games and stream anywhere.

One way to do that would be to stream games over the internet to a PC or mobile device running a Shadow app for Windows, Mac, or Android. Another is to use a dedicated set-top-box and, appropriately enough, the first model was called the Shadow Box.

Now it’s out of stock, but Blade has introduced a follow-up called the Shadow Ghost. It should be available later this year for the same $140 price as the company’s original box. 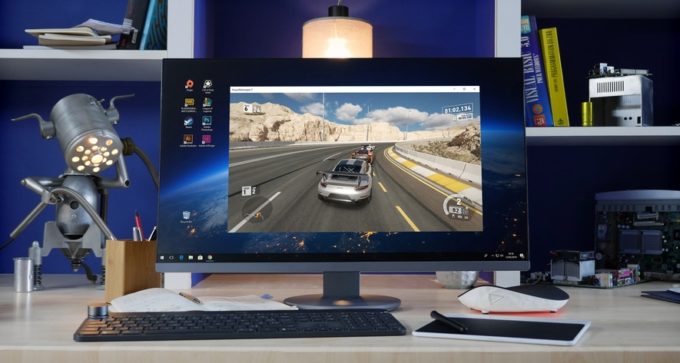 It has a 36W (12V x 3A) power supply, but the company says it consumes just about 5W while you’re streaming games, which could cut down on your energy bill since that’s about a third as much power as the Shadow Box, and far less than a full-fledged gaming PC or console.

That said, you will need a relatively speedy internet connection to use the service… and a willingness to pay $35 per month to rent a virtual gaming PC with an Intel Xeon octa-core processor, NVIDIA GTX 1080-equivalent graphics, 12GB of RAM, and 256GB of storage.