Sgnl is a watch strap with a component that vibrates in order to send sound waves through your skin. Attach the watch of your choice, strap it to your wrist, hold your finger to your ear, and you should be able to hear well enough to make a phone call using your finger as a sort of Bluetooth headset.

At least that’s the idea. In practice, I found the demo I received at CES 2016 to be a little disappointing. I could sort of make out some audio, but it was muffled and indistinct.

This year Sgnl is back, showing the product’s final design. The plan is to begin shipping Signl devices in July. And how does it sound? A little better… but still muffled. 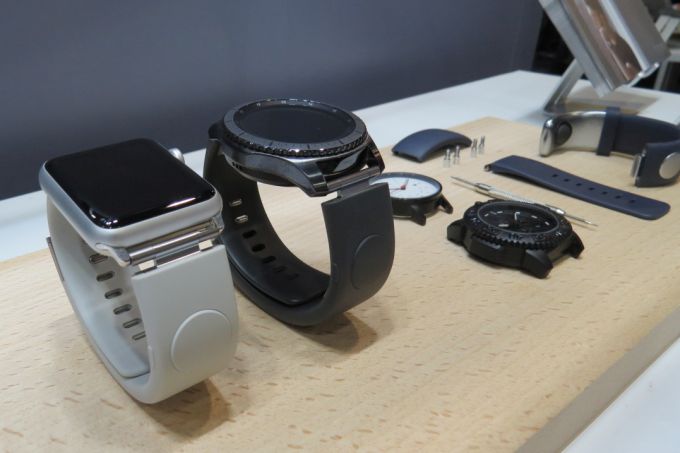 Sgnl says that the actual product will sound better by the time it ships. And it’s possible that I’m judging the product harshly because I was listening on a noisy show room floor at the Consumer Electronics Show. But you kind of want a $200 headset to be audible even in a noisy environment.

That’s the expected retail price for Sgnl. Kickstarter backers were able to reserve one for lower prices during a campaign last summer.

Another reason to worry? Sgnl representatives are demonstrating the device by placing it near the knuckles on your hand in order to goose performance a bit. In that placement, the sound was louder but still kind of muffled. When I asked if it works on your wrist (you know, where you’d actually wear a watch band), the rep moved the band… and the audio faded away to nearly nothing.

Sgnl is an interesting concept. And the watch band is a nice looking product. But I’m a bit skeptical that the finished product will live up to its promise.