Redditor Sleepless_Engineer’s homemade Swivel Hinge UMPC is a homemade handheld computer that has, you guessed it, a swivel hinge that can rotate left or right and fold down over the keyboard for use in tablet mode

It’s also one of those projects that’s kind of so ugly that it’s beautiful… but mostly I’m just astonished at the amount of work that must have gone into designing and building this little PC using a combination of off-the-shelf components, 3D printed parts, and items salvaged and/or modified from other gadgets. 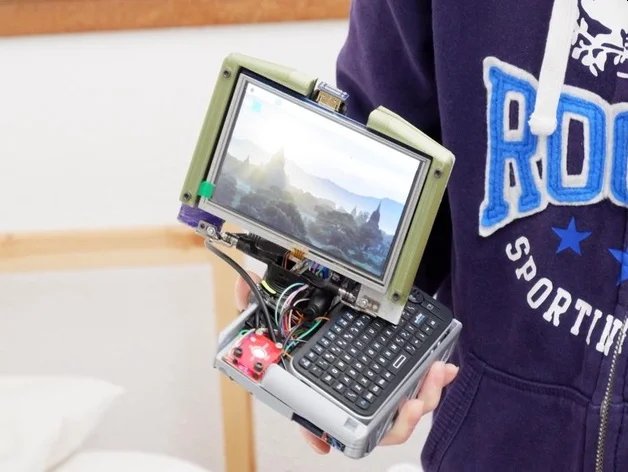 For example, the swivel hinge was ripped out of a Lenovo ThinkPad X201. There’s a BlackBerry trackball. And the brains of the computer are housed in a Raspberry Pi 4, but the single-board computer has been modified to remove the Ethernet and USB ports in order to allow everything to fit inside a 3D printed case.

Other features include a 5 inch HDMI touchscreen display, a mini keyboard, and a battery pack.

A fair amount of soldering is required, and at this point it still looks like the keyboard could fall out at any moment, and I’m pretty sure if I left a device looking like this around my house, one of my cats would chew on the wires and render it useless.

But it’s still a impressive DIY build. You can find more details including materials, instructions, and additional photos at Thingiverse.

Sleepless_Engineer says the next version may use a single-board computer with an x86 processor rather than an ARM chip.